Vanishing Point Exchange in After Effects 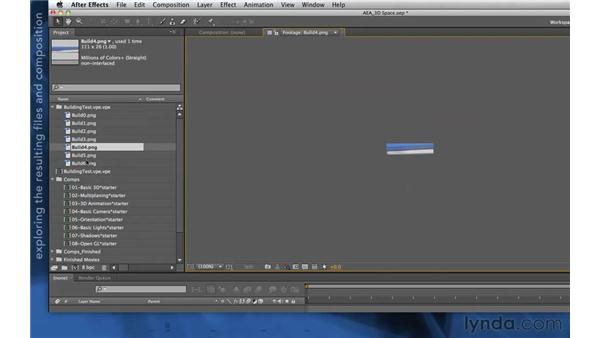 Join Chris Meyer for an in-depth discussion in this video Vanishing Point Exchange in After Effects, part of After Effects Apprentice: 11 3D Space.

Now that you've defined your Vanishing Point Exchange surfaces inside Photoshop,…you need to get this out of here and in After Effects.…To get this out of Photoshop, you still need to be in the Vanishing Point…dialog, open from underneath the Filter menu, and you go to this very innocuous…little flyout menu, click on it, and there is a command for Export for After…Effects (.vpe), Vanishing Point Exchange.…You'll note that you can also make some very simple DXF or 3DS models as well,…but I want to choose VPE. I'll select that.…

I am going to create a New Folder, because this is going to create a lot of…individual images, plus a Vanishing Point Exchange file to bring them together.…I'm going to say AEA building, Create, and I'm going to name…this BuildingTest.vpe…of course you can name it whatever you like, and click Save.…Once you've exported your VPE project, click OK in the Vanishing Point dialog…and you still need to save the image itself.…

When you save it, you'll save the Vanishing Point information along with it.…