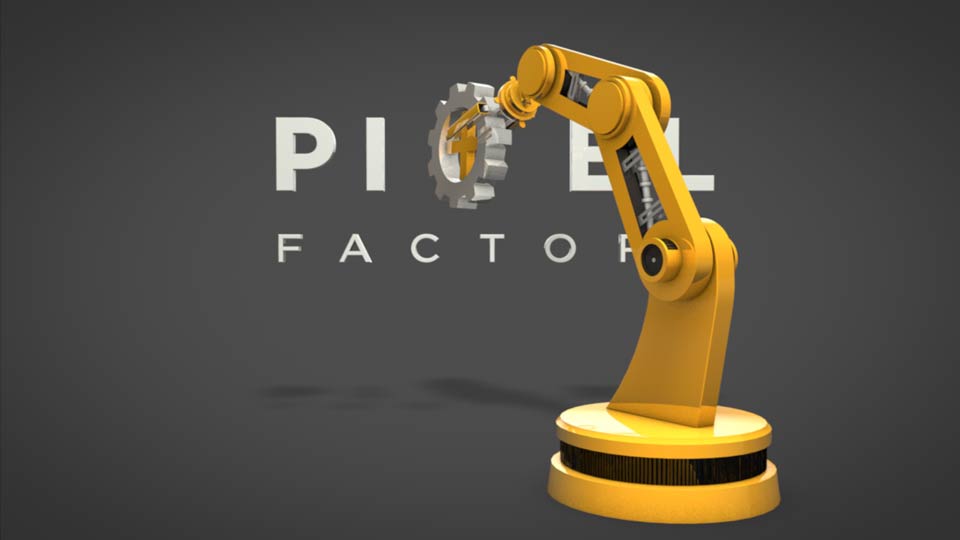 1/23/2014
Learn to rig and animate a 3D robotic arm in CINEMA 4D. EJ Hassenfratz leads this project-based learning experience, which relies on C4D's inverse kinematics (IK) tools. First, you'll prepare the model hierarchy for animation, before adding joints and applying an IK tag that transforms your joint system into an IK chain. Then you'll animate the entire rig and use constraints tags and Xpresso data to control all the moving parts in the arm. Last, EJ shows you how to render the project and import it into After Effects for further refinement.
Topics include:

- Hi, I'm E.J. Hassenfratz and welcome to Motion Graphics Techniques: Rigging a Robot Arm in Cinema 4D. (gears moving) (loud beeping) In this course, we'll look at how you can use Cinema 4D's Inverse Kinematics, or IK tools to rig and animate a robot arm. I'll start by showing you how to prepare your model hierarchy for animation. Then, I'll show you how to add joints to your object and apply an IK tag to turn your joint system into an IK chain.

Then, I'll show you how to animate the entire rig by just moving the IK goal. We'll then discover ways to streamline and efficiently animate our rigged object by using Constraint tags and Xpresso to allow us to control all the movements of the robot arm by just animating a few parameters. We'll be covering all these features plus plenty of other tools and techniques. Now let's get started with Motion Graphics Techniques: Rigging a Robot Arm in Cinema 4D.