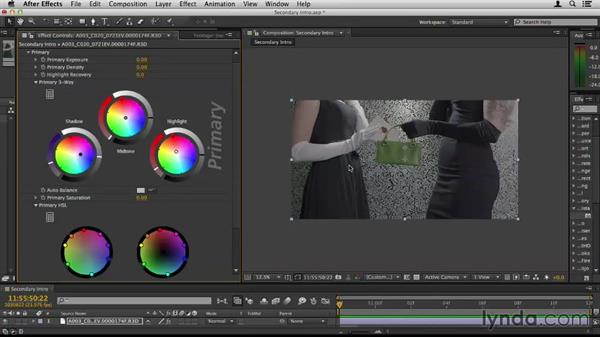 Create significantly more professional footage with tools that do everything from removing noise to performing high-end color grading.

- [Voiceover] Ladies and gentlemen, welcome to this training series on the Magic Bullet Suite by Red Giant software. My name is Chad Perkins, and throughout this training series I'll be showing you how to create more stunning video using the massive arsenal of tools in the Magic Bullet Suite. We live in an era where almost everyone has a camera so in order for your footage to stick out it's got to look good. And that's exactly what the Magic Bullet Suite helps you accomplish. First step, we'll look at the powerhouse in this suite, Magic Bullet Looks. Looks is a huge collection of pre-sets, color correction tools, and also special effects that you can use to beautify and polish your footage.

We'll wrap up our look at Looks by looking at practical applications including how to color correct a clip from start to finish. Next we'll look at the very powerful Colorista II. We'll use Colorista to do basic color correction as well as more advanced color grades. And we'll also be using its powerful keying functionality to turn a beautiful spring afternoon into a dreary winter morning. After that we'll take an in-depth look at how to remove noise with Denoiser. We'll use Cosmo to smooth out skin tones and make them more beautiful.

We'll look at Mojo to quickly add that cinematic blockbuster look to footage. And we'll wrap up by looking at transcoding footage with Grinder using photo looks on still images in Photoshop and more. Note that for this training I'll be sticking to Adobe After Effects but you can follow along in your host application of choice such as Premier, Final Cut Pro or for Looks you can use Vegas or Avid, et cetera et cetera. I really love Red Giant software as a company and this suite of products is one of the most popular and powerful plugins out there and you're going to see why.

This is going to be a fun one, folks. So let's jump in and learn the ins and outs of the Magic Bullet Suite.