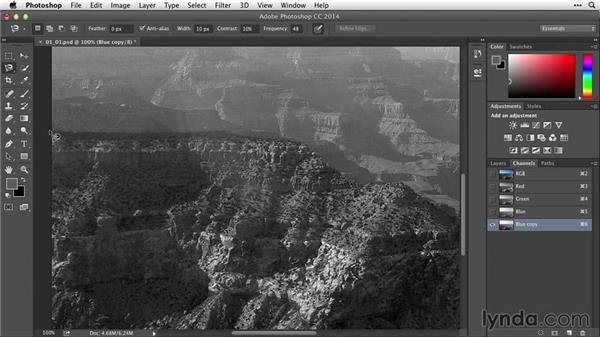 Join Ian Robinson for an in-depth discussion in this video Isolating elements with channels, part of After Effects Guru: Working with Photoshop Files.

…One of the most often overlooked methods for creating selections of…individual parts of an image is to actually use a, an old school method.…And that's to go into your channels.…In the channels you actually get the luminance values for…the red, the green, and the blue channel if it's an RGB image.…So, that's what we're going to be doing in this exercise.…Having access to each one of those channels will give us a different starting…point so that we have a little bit easier time creating our selections.…Once you have the image open,…let's make sure we're all working with a similar interface.…