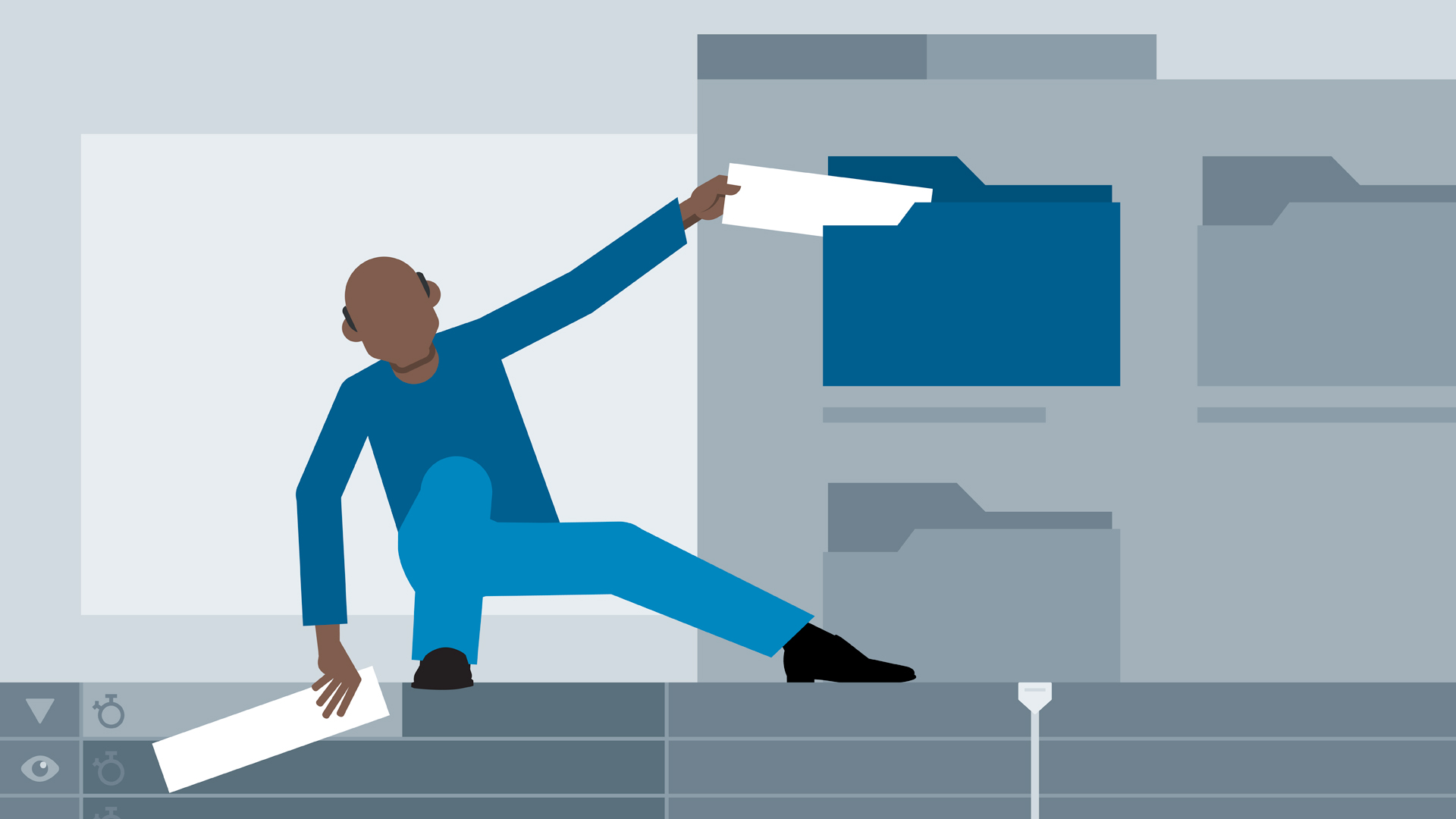 - As you work with Presets, eventually your collection is going to get pretty large, and it can be a bit daunting trying to keep up exactly where everything is stored. Fortunately, there is a search engine built into the Effects and Presets Panel. Let's take a look at an example and build up one from scratch. You'll see here that I've loaded both a starting state and an end state. We'll set this to fit to the monitor. And what I'm going to do here is recreate this look. Here it is from the ending state, and a pretty basic shot.

Well, I'm going to use the ability to search for things to make this a bit easier. Let's start by adding an Adjustment Layer here for the wash. Layer, New, Adjustment Layer. And I'll press the return key and name this Wash. Well, I remember that there was a preset that had the word wash in it. It was a colorizing one. Here it is. And if I drag that over here, from my Animation Presets, you'll see that it applies an interesting color balance, and it shifts the color balance two ways.

Now, this is quite simple. So, if you decide that you want to roll that a little bit, one way or the other, you can do so. But I actually like that default blueish tint. We're just, sort of, taking this down, so it looks to be later in the day and it has a much colder feeling. All right, the next thing that it looks like I did was adding some light leaks. So, let's add an Adjustment layer here. And I'll press Return to name it. And I'll just type in and search for leaks.

There we go. We've got a couple of different ones here, random and at layer markers. Well, I think I'll try random, since I haven't added any markers here on the scene. And we'll apply that. Let's press Play and see what it looks like. That's cool. It's creating this flickering effect, which I like. We're starting to get the look of an old monitor strobing a bit. Now, I'm finding this person slightly distracting. So, let's just scale up that shot slightly, and, using the position property, I'll nudge it down just a little bit to clear the frame.

That looks good. And because the light leak is on its own layer, pressing t for opacity makes it very easy for me to adjust the intensity of that effect. You'll notice that the newer versions of After Effects let you make these changes on the fly, while preview is playing back. So, lowering that intensity to about 60% looks pretty good. All right, let's flip over and check the state here. Next is just a color wash. Well, this is pretty simple here. I'll just steal this layer by choosing Edit, Copy.

And it's just a solid layer in hue mode. So, we'll put that above, and you see it starts to apply that tint. Still looks pretty good. As we drag through there, I see that flickering. And next, I'm ready for a smoke layer. Well, let's isolate that layer for a second and take a look at what it's doing. Well, it's creating a moving smoke property, and this just done with a particle engine. I can add a new solid here, and we'll just call it Smoke.

And I like to set that to pure black, to make it easier to do a luma key. Over here, we can type in the word smoke to see what we can find, and I think this Drifting Smoke looks to be a likely candidate. Not bad. But let's move that a little bit. We can make that layer 3D. And I think what I want to do is just transform that a little bit. You notice here that we can rotate the whole layer, or, using 3D properties, I can simply tilt this.

So, let's tilt this a little bit here, on the y-axis. And then, tilt it back on the x-axis. And we'll just scale that up so it's larger and move its position. S for scale, make that a little bigger. And now, we have a sense of moving smoke, and it has a bit more dimensionality to it. Now, I'm going to favor blending that, using something like a screen blending mode, so it drops out the darks.

Or, perhaps, something like Multiply takes it the other way and leaves just the dark areas behind. Ultimately, it's up to you to experiment. In this previous example with my smoke, I used something gentler, like soft light. So, you can experiment with the different blending modes until you find a combination that works well for you. Soft light is pretty gentle there. Remember, it's often a good idea to press the u key to see the keyframes. And, if necessary, you can spread those out to adjust the timing.

All right, that's looking pretty good. The next thing I want to add is a grid. Now, I could search for phrases like grid, and it comes up with a few options here. There is a simple box grid. That's not quite exactly what I want. Let's delete that and try something like graph. There it is, graph paper. If I double click, it adds it in, and that's looking pretty good. If I take a look up here, I'll see that there's some Controls.

This gives me a simple preset to expand the grid so it fills it. Then, if needed, you can scale that property up, and you see that it cleanly scales, as this is vector based. All right, I like that. Let's drop that down. We'll try Multiply mode to knock out the white, leaving just the grid behind. That's feeling pretty good. And to finish that out, let's sample a color.

Add a nice, dark color. And then, double-click on the ellipse to add the vignette. From the Mask controls, I'll set that to subtract, feather it heavily, and drop it into Multiply mode, giving me my finished look. Remember, you can easily expand or contract that Mask, to control the total vignette. The ability to navigate and find things there worked pretty well.

Let's explore a few more controls, though, to get exactly the results that we're looking for.