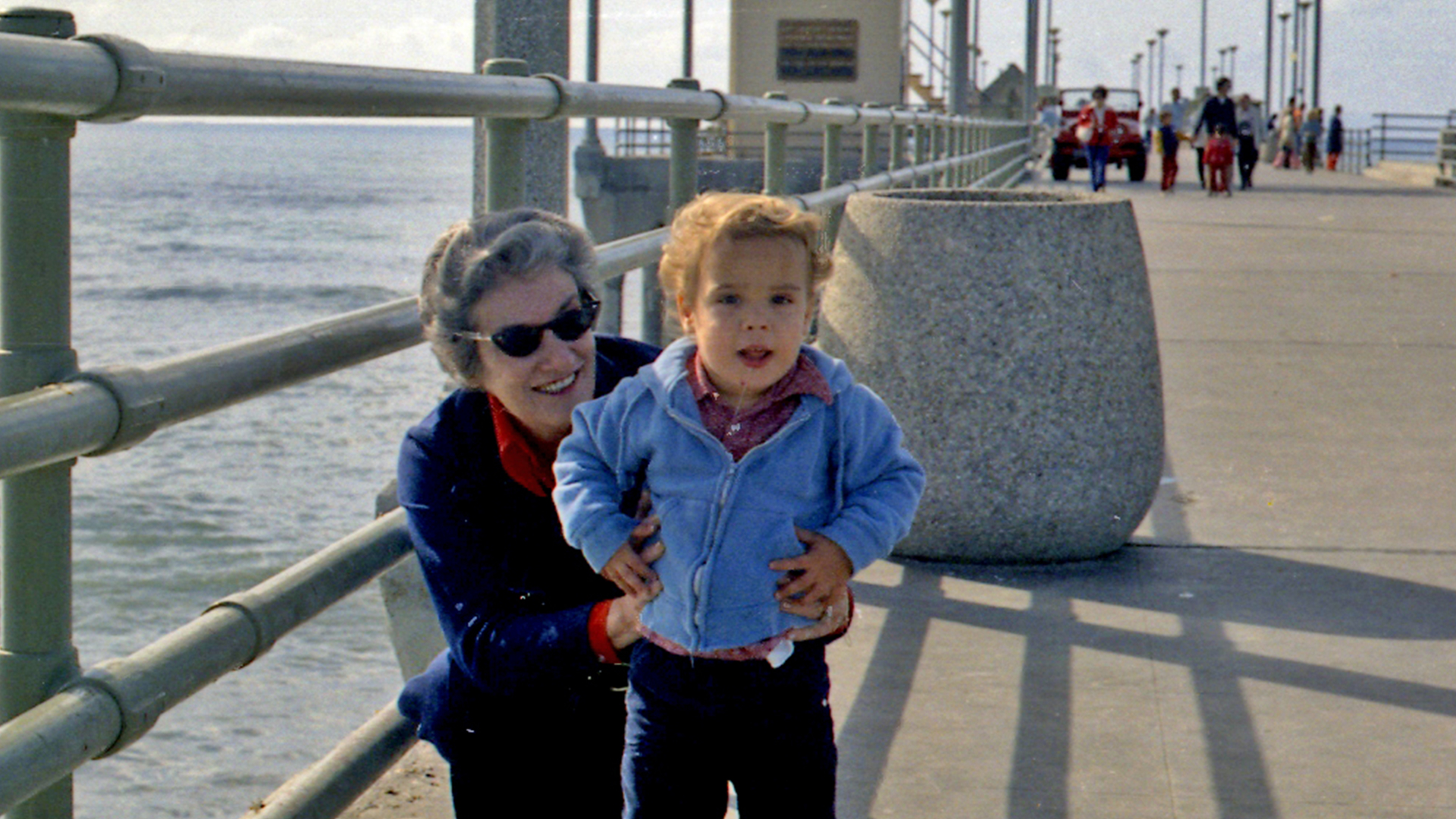 - After Effects offer several different properties for animation, but the key ones are pretty simple. Anchor point, which is where the image rotates around. Position, which is its relative position on the screen. Scale, which affects the size. R for rotation and T for opacity or transparency, which affects how much you can see through the image. Now you probably won't do much with opacity as we animate, but those first four are quite useful. Let me walk you through how these work.

Let's start here with the hiking project and in this case the image is exactly the size that we need it. Now, normally I'd be pretty careful about animating this too much large, but we can do a little bit of a move. I'll choose to view this at 50% size, just so I can see things just a bit better. And this middle point here is the anchor point. What that means is if I press R for rotation and rotate, you see the image rotates around that point.

That's also the point where scaling occurs. Now I suggestt you grab this tool, called the pan behind tool here, the shortcut's Y. This allows you to move the anchor point where you want. For example, let's put it on the man's face. Now, id we twirl down the properties here, you'll see anchor point, position, scale, and rotation. Let's click and turn on the key frames for scale. I'll go forward to about seven seconds and scale up to a 140.

And you see that it zoomed in on that anchor point. If we go back to the beginning here and press play, you see that we've got a slow zoom using that anchor point to control where the zoom is focused. That works quite nicely to add a gentle push on this photo. Alright, let's go to the next image. In this case, we'll place the anchor point in the middle of the eyes. And I want to access scale, so I could simple press S for scale.

Turn on the stopwatch and we're going to start a little tighter. I'll also hold down the shift key and press P for position. And this allows me to nudge the photo over a little bit to adjust. Now, with both of those stopwatches on, I'll go forward, scale back down to zoom out and nudge the position over slightly. There we go. If we play that, you see a good idea of the type of movement.

Alright, let's go on to another option and this time we'll add some rotation. In this case, the image needs to be enlarged a bit so I'll press S for scale and without using key frames, just enlarge this a little. Let's press P for position and move the image over a little. Now, I'm going to use anchor point to create a pan. Rather than moving the image, I'm going to change where we look. So, by adjusting the anchor point here, I can set the starting position.

There we go, I'll press shift R to add rotation. Then we're going to rotate ever so slightly. There we go. Now we'll go forward. And pan on up that picture, but rotate back. Just to create a little sense of a tilt in the pan.

There we go. Let's have a look. You see, in this case, the camera is not just simply doing a lift but has a little bit of a candid angle as we move through, adding a sense of energy. Let's do one more. In this case, I'll twirl things down and we'll adjust the anchor point to be placed on our subjects. There is it. And moving position down a little bit, we'll move the image so that we can see both father and son.

Let's start with scale here, start a little tighter. And just focus on the father at first, and we'll put that anchor point right over his eyes. Let's add a key frame for anchor point position and scale. Now, going forward, we'll pull back out by decreasing the scale and pan down a little bit. Let's do that pan using anchor point.

There we go. Now, I like what we're seeing here but the image feels just a little crooked. So, as it pulls out, I'm going to rotate slightly. If you press command R, you can see rulers and, just like other graphics applications, feel free to draw out a guide to help you with key alignment issues. Alright, that looks pretty good. Let's adjust that slightly. And preview.

So there's our move and the image rotates slightly and pans downward. Alright, that looks great. You can continue to practice with some of the other compositions but let's move on to some refinement techniques by easing things like ease and key frame assistance so our moves look a bit more organic. Alright, let's save our work. And I'll choose save as and call this stage two.

6/26/2017
In this course, Rich Harrington explores the world of documentary storytelling, using various techniques in Adobe Photoshop and After Effects to transform damaged photos into brand-new works of art. Throughout the course, Rich covers basic image editing techniques in Photoshop such as toning, cropping, sharpening, and resizing. He also shows how to add movement to photos in After Effects, which can help you create a dramatic story.
Topics include: