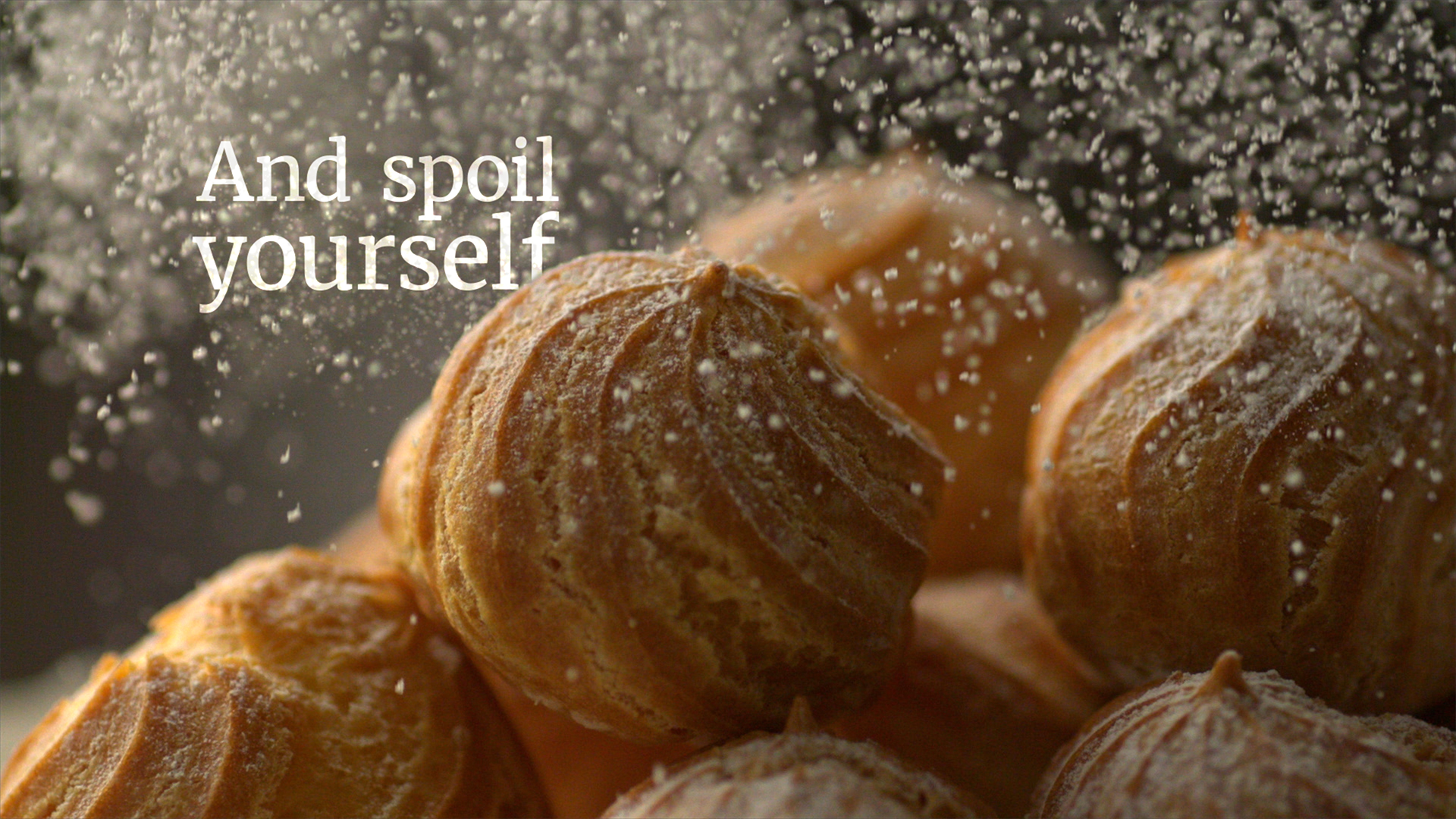 Learn how to create a title that dissolve to particles using CC Pixel Polly and Simple Choker effects.

- [Instructor] In this movie I'll show you how to disintegrate the text to sugar using built in effects inside After Effects. Alright, so to do so I'm going to return to the beginning. I'm going to grab another copy of the titles, and I'm going to duplicate it. Let's raise it above everything. I'm also going to name this guy, sugar particles, this way I know what it does. And I'm also going to press T and bring back the opacity to 100%.

Now just so we'll see only this layer, I'm going to turn on the solar switch and press play, this is what we are working with. Alright let's move it to this area where we can see those particles. And I'm going to use a built in effect under the simulation category. And it goes by the name CC Pixel Polly. I'm going to double click in order to apply it to the video. This effect basically breaks the layer into polygons as you can see over here.

I'm going to leave the spinning as is. Now I need to take this force center and I'm going to click on it, you can see where it is. I need to take it somewhere over here to be just above everything. Now I happen, once again, to know the correct numbers or at least the numbers that will yield a decent result here so I will plug them in. So 485 for the x, and negative 525 for the y. So I almost nailed it, it's over here as you can see.

Alright, let's zoom in once again. And I'm going to introduce some more randomness for the direction and the speed. Let's raise both of them to 75%. Now currently if I'm just going to press play, this is how it looks, we can actually see those polygons because of this grid spacing. So I'm going to change the grid spacing and reduce it to four which will break it to little tiny pieces. And I'm also going to change this from textured polygon, which is those triangles, to just a simple square.

This is more likely to look like sugar. Now I'm going to dismiss the solar switch so we can see everything working together. And I'm going to press play just so we can get a sense of what we've managed to achieve. Now obviously, it doesn't really look so convincing, so we need to modify a few other settings. I want to start by creating those particles almost from the image itself. So in other words, I need to find a way to affect the alpha channel.

And the easiest way to do it, is to use this simple choker effect. So I'm just going to start typing the word simple, double click in order to apply the simple choker effect, and I'm going to place the first instance before the CC Poly effect, and I'm going to take it to negative values. So negative 3 in this case. Is actually going to create something which looks more convincing. Now I do find that in this case, the mask that I'm using here is actually in my way.

I don't need to see, so I'm just going to trim it down. And I'm going to switch the mode to none just in case I need to use it in a later stage. Alright, now this looks much better I think. We are starting form something which almost looks like the letters themselves. But it's not actually working in terms of the blurriness of the sugar. So I'm going to add another version of the simple choker. And this time I'm going to take it to the opposite direction.

So I'm actually going to give it a positive value of three. So we are expanding the alpha channel and then we are contracting it once again. Now you may see a couple of black dots over here. If this is the case, what you can do is just add another effect. I'm going to use the fill effect, and I'm just going to sample one of the bright colors from the scene and maybe even raise the brightness a touch more.

So something like this, this is going to resolve our problem. Now obviously, it is not exactly synced with the other stuff that we did. I'm going to help it by taking this layer, bringing it down underneath the other titles. I'm also going to press T so I can see the opacity, and I'm going to time it with what we have over here. So I'm going to move over here to around 15 frames.

I'm going to reset the opacity back to zero. And then at one second, when we can see the title in its full glory, I'm going to raise it back to 100%. Let's go to the beginning and press space bar to see how it works. So this is how you can use the built in effects, specifically the Pixel Polly with two instances of the simple choker to disintegrate text to sugar. Now it looks okay, but for the final commercial, another effect was used.

This is the third party effect named particular, and it can yield much better result. So I'm going to show you how it was made in more detail in the next movie.

9/27/2018
Get a glimpse behind the scenes of a real-world commercial made with After Effects—and learn advanced techniques for compositing text and video. This project-based course shows how to build a 20-second promo featuring seamless integration between type and video footage. Learn how to decode a client brief, present design concepts for sign-off, create an offline edit in Premiere Pro, and finalize the project in After Effects. Along the way, instructor Eran Stern weaves in tips, shortcuts, and professional techniques that will amaze both veteran After Effects users and new motion graphics artists. Get insights into compositing, text design, rotoscoping, and particles, and recommendations for third-party plugins for color correction, atmospheric effects, particles, and more.
Topics include: