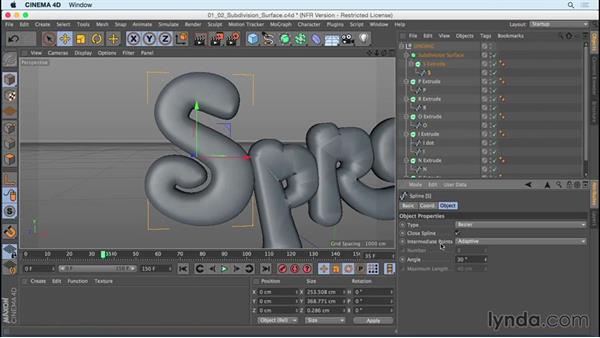 Now HyperNURBs is just what subdivision surfaces…were called in earlier versions of CINEMA 4D.…So let's go ahead and fix what's going on here.…Under subdivision surfaces, we have this object tab,…and you see we have this type option.…Right now it's set by default…to Catmull-Clark (N-Gons).…If we switch this to Catmull-Clark,…you can see that that subdivides everything correctly…