Creating the look of destroyed film 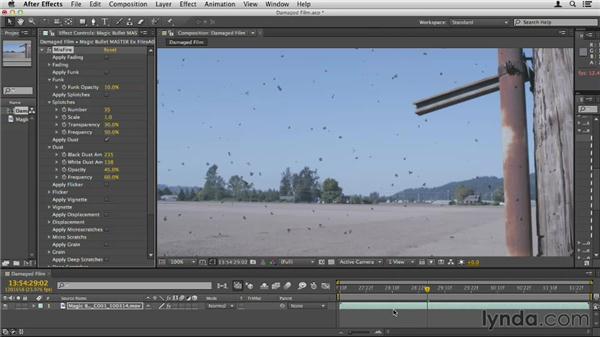 Now, let's look a little bit more closely at Misfire and the various elements and …components of Misfire. Now, there is actually 13 true effects …here, each one of these is its own effect. …So if I wanted to add some flicker, I can just double-click or just apply Flicker. …And if I play this back, you could see that we now have flicker on our footage. …So it's just easy if you want to apply one of these things. …Grain or splotches or a vignette or whatever. …And for each of these we have just a couple, usually, maybe one or two or …three, options. Some of them have more, but most of them …are very limited, very simple and easy. Now, I'm going to go ahead and delete that.…