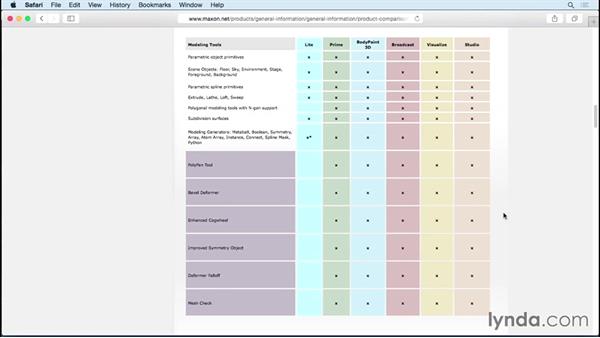 Join EJ Hassenfratz for an in-depth discussion in this video Choosing the right version of CINEMA 4D, part of Mograph Techniques: Creating a Bouncy Cartoon Logo in Cinema 4D.

- Before we get in this course, let's talk about the different versions of CINEMA 4D and which version you'll need to use this course. In this course, we're going to cover some very useful features inside of CINEMA 4D including the correction deformer, and the jiggle deformer. The correction deformer allows you to manipulate parametric objects without needing to make them editable and the jiggle deformer allows you to apply a bouncing, jiggly motion to your animated objects quickly and easily. If you're an After Effects CC user, CINEMA 4D Lite is included, and while this allows you to work with CINEMA 4D files inside of After Effects, many of it's best features are not included.