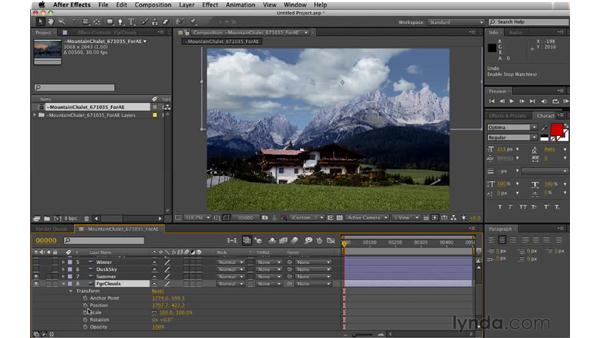 Join David Mattingly for an in-depth discussion in this video Animating the scene, part of Digital Matte Painting: Changing a Scene From Summer to Winter.

Now we're going to composite and animate our digital matte painting.…I'm going to locate that special reduced file I prepared for After Effects.…For those of you who are lynda.com Premium members, you can check out what my…final file looks like inside the After Effects Course Material Folder.…Now just drag that Photoshop file into the After Effects project window.…Under Import Kind, make sure Composition - Retain Layer Sizes is chosen.…

That crops each layer to as small as it can be.…If you choose Composition, it brings everything in the same size as the entire…comp, and that can make the project harder to deal with.…With that chosen, press OK.…You'll notice that all of layers have been brought in and After Effects has been…nice enough to create a comp for you.…Double-click on that comp to open it up in the viewer and then zoom out so you…can see the entire composition.…I wan to choose Fit up to 100% so it will interactively resize.…

Let's start with the summer version, and we will do an animated version of that.… 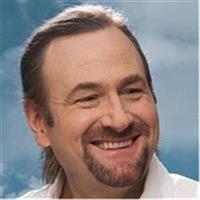