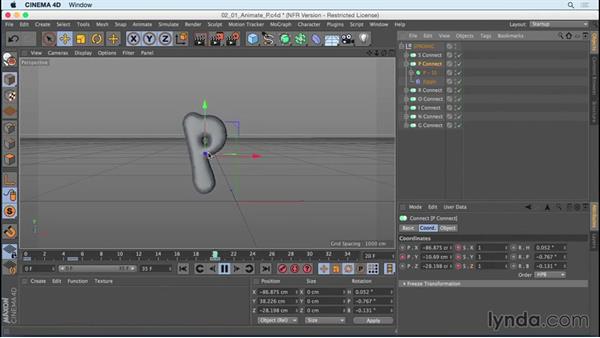 Let's just solo the letter P in our Viewport…by going to the Solo Viewport Single.…Now we just have our letter P here.…What we're gonna do is go ahead…and set a keyframe for the Y position…and have our letter come slightly up…from the top of the screen to the bottom.…So at Frame 20 let's set our first keyframe.…I'm gonna keyframe the Y.…Then let's go back to Frame 0…and move the letter up about 170 centimeters or so,…and record another keyframe in the Y.…

Let's go ahead and enable the Jiggle deformer…