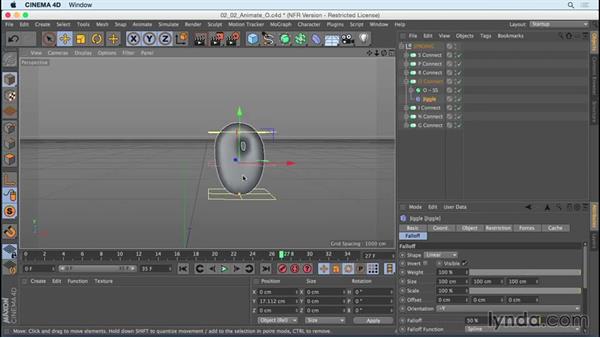 - In this movie we'll animate the letter O in our logo…and then apply bouncy movements…by using a Jiggle deformer with some Linear Falloff.…For the letter O we're gonna use Jiggle deformer…with a Linear falloff and set keyframes in the position Y…to have our O drop in from the top of our screen…and land in its position in the logo.…Let's go ahead and select our Jiggle deformer,…and let's just zero out all of its coordinates…so it's dead center in our connect object.…Now it's keyframe RO so it drops in…from the top of our screen.…