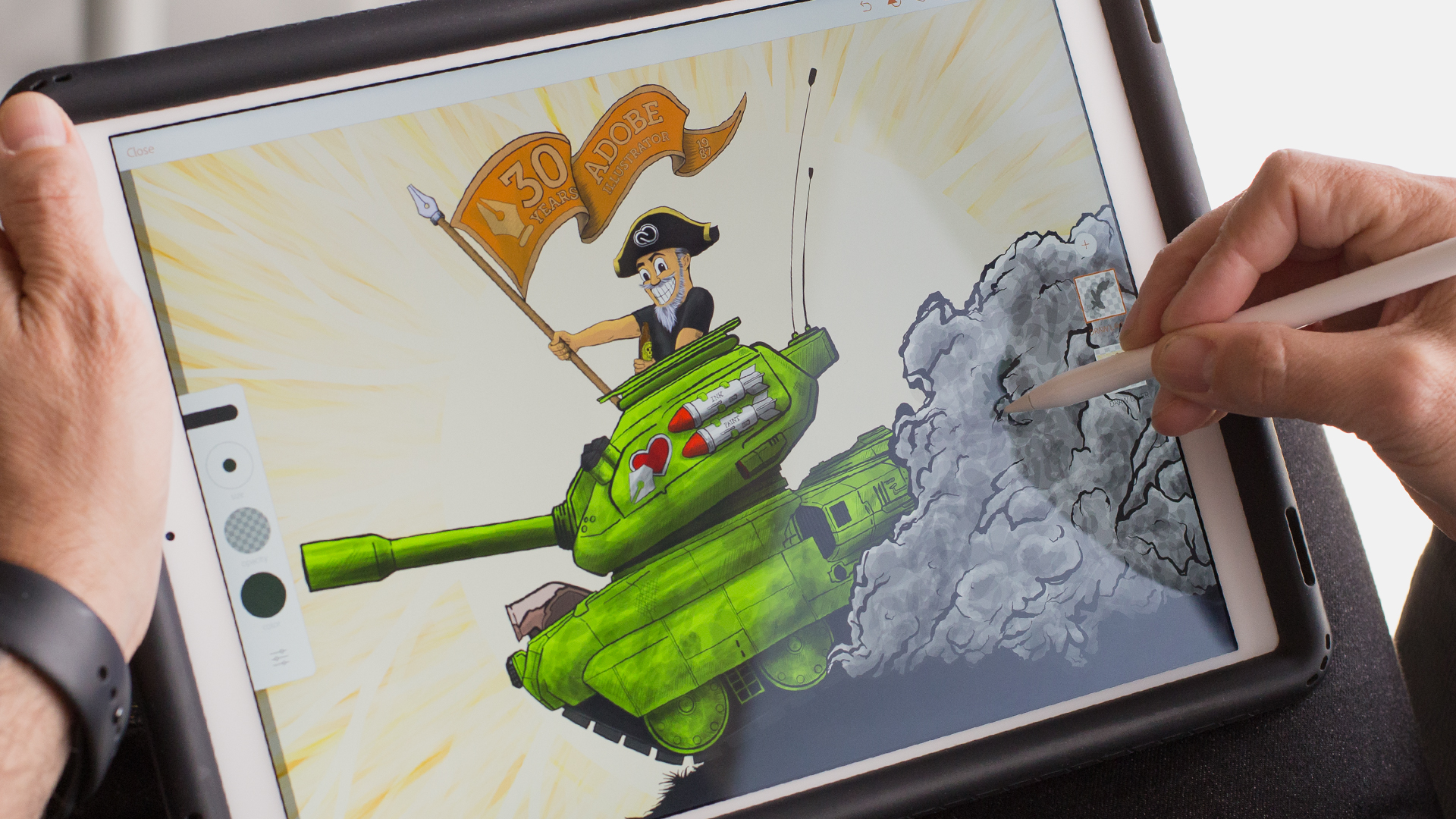 - [Instructor] There are varying levels of support for phones and tablets across platforms. Not too wide and varied, or at least not as wide and varied as they were, it's catching up all the time. And the best place to get the most up-to-date information is the Adobe Illustrator Draw FAQ, which you can find on the Adobe website. Most of the differences are around Android. So, for example, guides and grids aren't supported on Android at the current time, and Android also doesn't support the latest pens from Wacom, and the Pencil by FiftyThree at the moment.

The FAQ also gives guidance on which pressure-sensitive stylus are supported by the app at the current time, which will help you with your buying choices, of course, which we'll be looking at in chapter two. Wherever you see reference to the Apple Pencil, that only works on the iPad Pro, and the Pencil is the only thing that it supports. It doesn't support any other stylus at all.

Okay, aside from that, there is no stylus support at all on iPhone or Android, so on phones, that's kind of out of the way, just at the moment for you. And Market, which is an assets service via Creative Cloud, is not available for Android, either. Wherever you come across any of the things I've just mentioned however, in the course, do watch the movies because these things are being added all the time. I think it's just a bit more difficult to develop for Android because of the varying screen sizes and ratios and several other small things in there, but as things do improve in that situation, if you've watched the movie, you'll know exactly what to expect, and what to do.