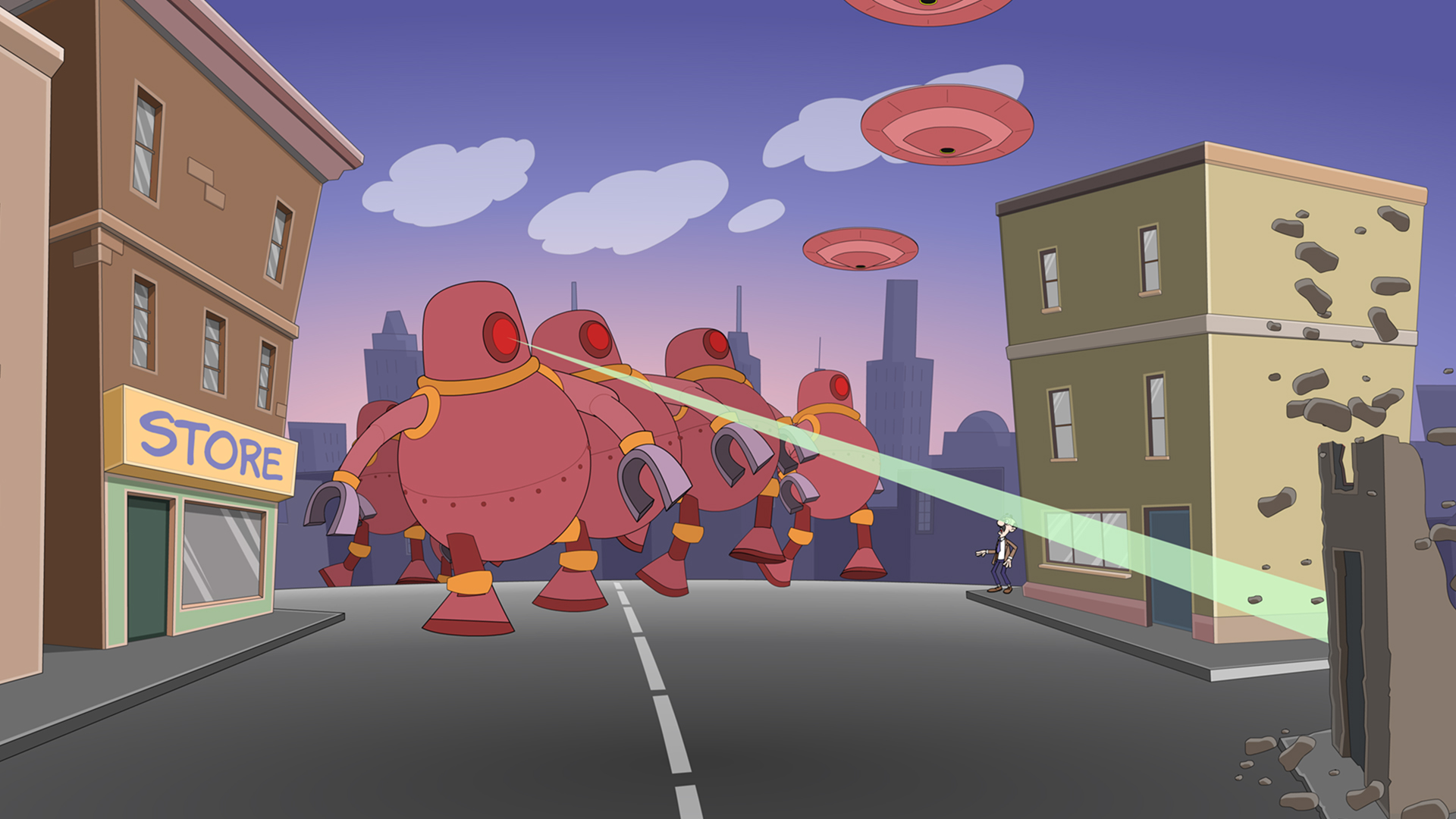 - [Instructor] So we have a very nice scene now…with the robot destroying the building on the right.…But you will notice one defect of the shot…and that is that it's really cramped over here.…You can barely see all that lovely action…that we just did.…So this is a really good time to add a camera move.…And if you're animating a scene…you obviously want to add a camera move.…It's fine if you're the director,…if you're not then you might want to run…it by the director or the lead animator…to see if it's okay to do this.…But it really should be because it's a…safe thing to do in this example.…So, what I'm going to do is begin a camera move…as the figures move into the screen.…

And I think around 61 might be okay.…Remember, we have other robots coming…in over here, too.…I've temporarily hid them.…So, I'm going to begin a camera move around here.…Let's hit F6.…And we'll end the camera move around 106,…maybe about here, 107.…So, we'll do it there.…So, what I'm going to do is then…select the entire scene and just…nudge it to the direction that I want to frame in on.…

9/15/2017
After you've created a storyboard for your animated project, you're ready to tackle the next phase of the pipeline—actually assembling your scenes and rigging your characters. In this course, learn how to use Adobe Animate CC to assemble and animate a scene, and set up a complex rig for both a human character and a robot. Dermot O'Connor shows how to properly line a character, place the pivots, and set up the scene symbol. Plus, he shows how to animate a dynamic action scene, import audio, and export your scene.
Topics include: