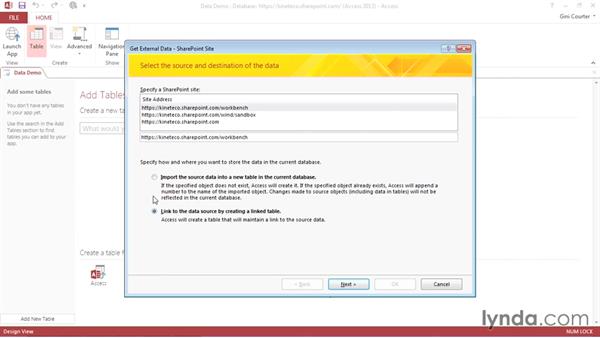 Join Gini von Courter for an in-depth discussion in this video Creating a table from a SharePoint list, part of Creating Access Web Apps in SharePoint 2013.

Doing so is beyond the scope of this course,…but if you're familiar with SharePoint,…and I'm assuming you are, just say that you'd like…to add a spreadsheet app, and it will allow you…to pull this Employees list in.…And if you don't have access to the Exercise Files,…any SharePoint list that's on the site…that you're working with is gonna do just fine.…So you might take a moment and simply enter…a SharePoint list that has two records in it…and information in three or four fields.…