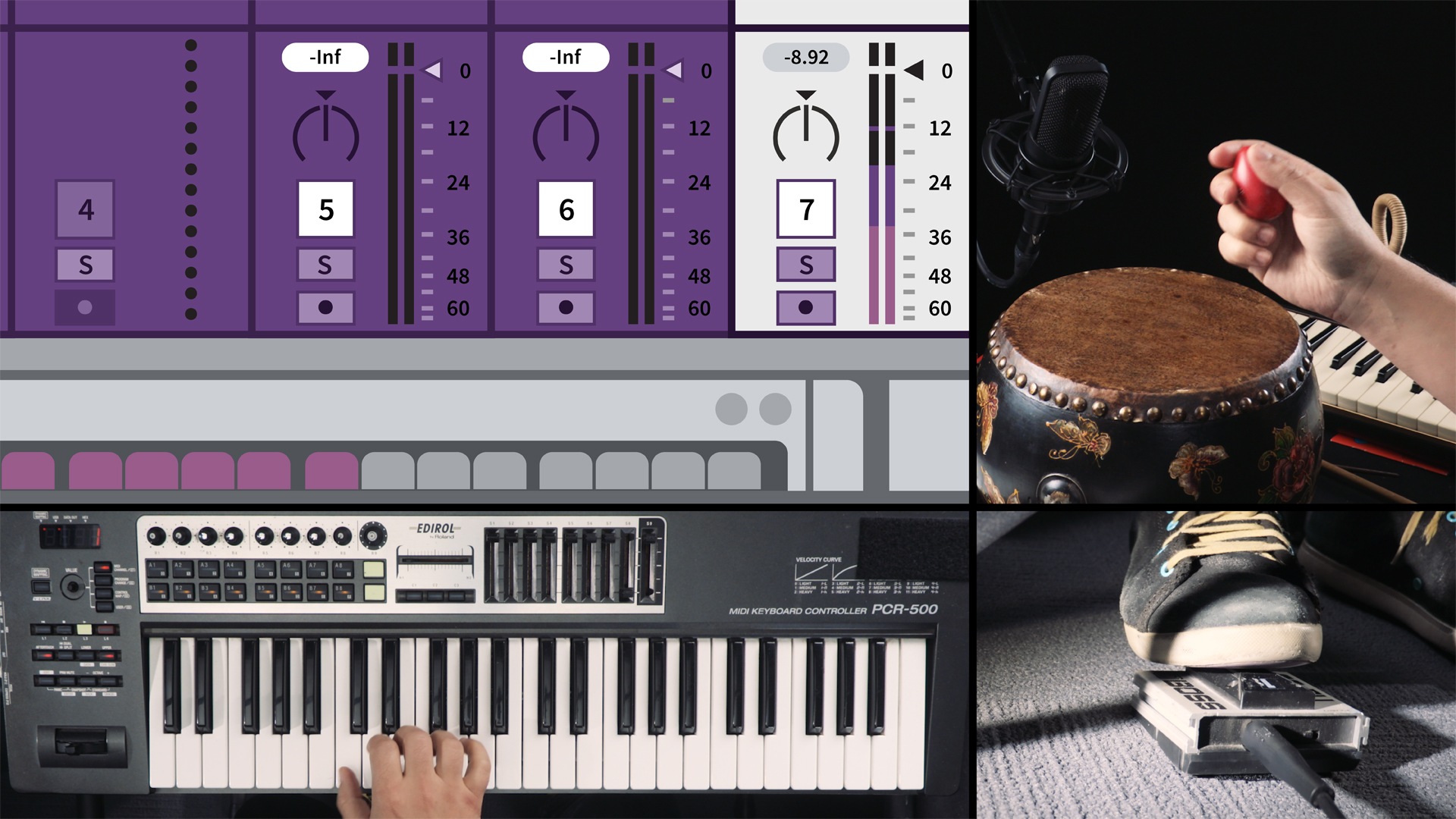 - [Instructor] I really like the idea of using a single pedal to toggle recording state on and off. We stop recording and start looping one instrument, then take a few beats or bars, perhaps switch to another instrument, start recording again, and so on. However, in some circumstances, it could be useful to have the option of hitting a pedal to stop recording, start looping, and immediately start recording the next part. This is how classic looping pedals operate by default. Record, overdub, playback. With Cliff X Pro, we can recreate that work flow while retaining the ability to independently control each recorded layer on its own track.

Here I have an example with five tracks containing instruments and effects, ready for multi-track looping. One of my pedals is mapped to session record and will toggle recording on and off. And the second pedal will be for the instant layering function. I'll use it when I want to start recording into the next track right away. In this scenario, the tracks should be in the order that we want to record into them. So the currently armed track will simply move to the right to start recording each new part.

I'll rearrange the tracks accordingly. (keyboard clicks) For the inside and out part, I want to layer an additional octave with the same sound but the only way to instantly move to the second octave, is to have it on its own track. And I'll duplicate it. OK, let's check our MIDI mappings. Since the track order and count changed, I should remap these. (keyboard clicks) That's good for arm buttons.

This will arm the track. Space semicolon again. Space. Next we want to enable session record. The action for that is S rec on. So far this action list has moved the selection to the right, armed the track, and enabled session record. (keyboard clicks) Here we have to account for the fact that Cliff X Pro will allow multiple arm tracks, even when the exclusive arm setting is on. We do want to record into one track at a time, so in this case, we'll need to have Cliff X Pro disarm the previous track and we want it to happen on the downbeat so the previous loop can be completed.

This X clip, however is not quantized because it needs to be triggered in advance of the downbeat. So session record can engage for the next loop. What we need is a second quantized X clip that will disarm the previous track on the downbeat. So, one more action in this list. Space, semicolon, and play. (keyboard clicks) Next. This will launch the next clip in the track which will be our second quantized X clip.

I'll grab another X clip. Put it directly under the first one, double click to see it's clip view and set quantization to global. Now commander control R. (keyboard clicks) And type the less sign. This specifies previous track. Then forward slash and arm off. Return. These two X clips will work in tandem.

The second quantized one will be triggered automatically by the play next action in the first one but it will wait until the downbeat to launch and disarm the previous track. Excellent. This achieves our main instant layering objective but I want to set up a couple more useful functions before we try it out. At the moment, our individual track arm buttons are also assigned to select the track which displays its device view. Alternatively, we might want to watch the MIDI or audio as its being recorded which requires switching to clip view.

With Cliff X Pro, we can set that up in an X clip. I'll drag one in. Commander control R. (keyboard clicks) And type in "show clip". This action will switch all tracks to clip view when the X clip is launched. (keyboard clicks) Once this is mapped, it can also function as a play button since launching any clip will roll transport. Good way to start the click before we record the first loop. OK, one more on my wishlist.

An undo. It would be a nice safety feature if we could abort recording a particular layer and start it again. Here's how. Another X clip. Commander control R. Type "sel" to specify currently selected track. Forward slash, clip, del. The clip del action deletes the clip in the currently selected slot. Perfect. (keyboard clicks) Let's map our X clips. 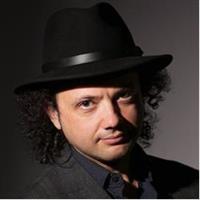 12/19/2018
Pair the sound of classic looping pedals with the flexibility of Ableton Live. Live looping reveals the inner workings of this highly creative and technical process in front of a live audience. To do it well, you need to master the nuances of your software. Learn the basics of looping music in real-time using Ableton Live and CylphX Pro with musical director Daniel Mintseris. This course shows you how to put together a live looping setup, create loops, and layer and stack loops to create unique compositions. Daniel helps you build a workflow that suits your musical personality and overcomes the technical limitations of your gear.
Topics include: