Overview of async and await 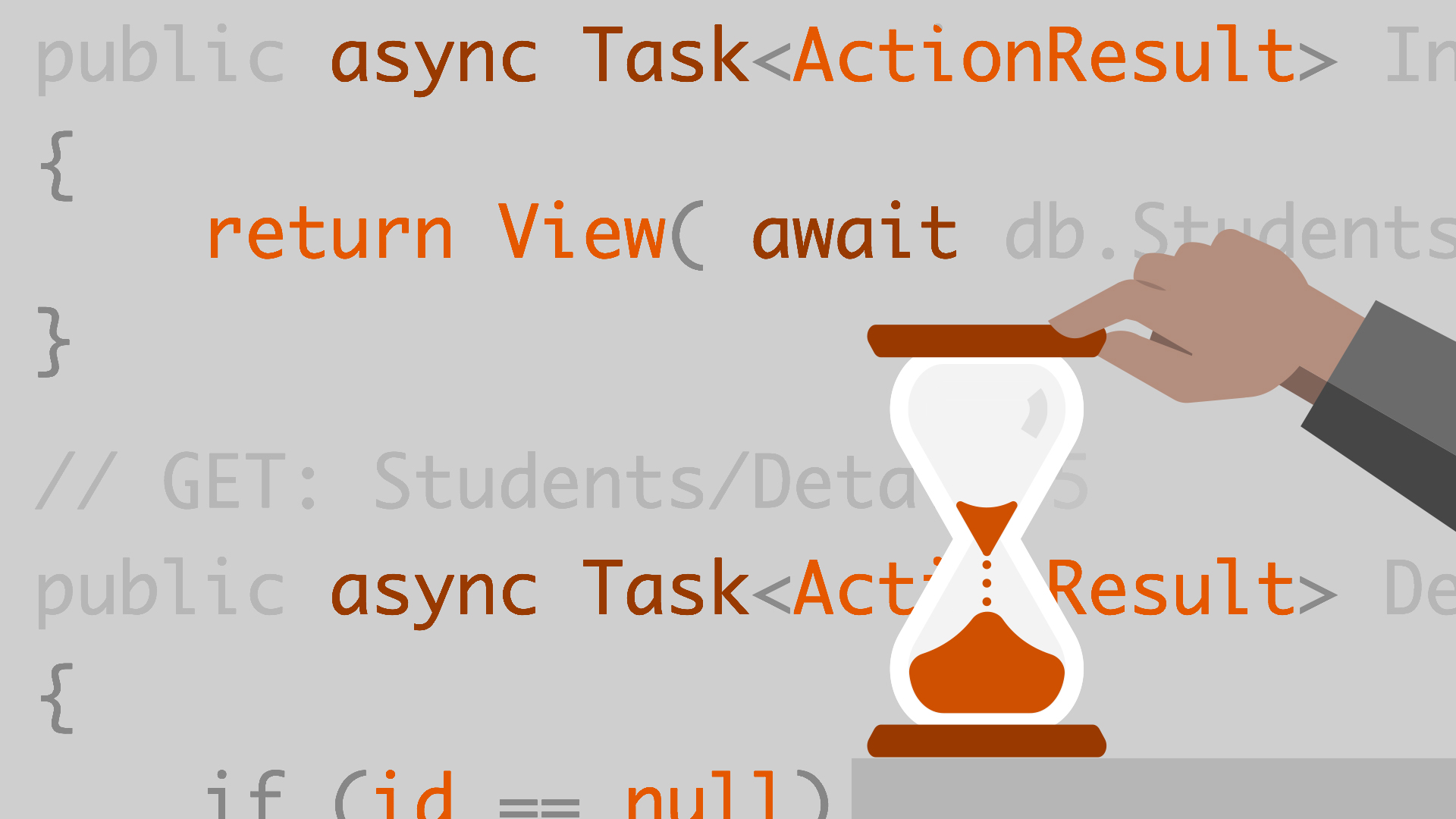 In this video, explore in more detail the principles behind the await and async keywords. Review a "straight talk" definition that is easy to remember if you are asked about it in a technical interview.

Ultimately that is the heart of what we're doing when we're using these two key words to perform asynchronous operations. Now a couple of other points I'd like to add onto this is for you to remember that you generally don't use the Async without Await and vice versa. You don't use Await without Async. They work together, and that's how it was designed. Now something else to mention, is that there's a convention to add Async to the end of the method name. So for example, in our code, if this btnReadFile method is the one we have as Async, it only makes sense to rename it to meet the convention by adding Async.

And when we hit Apply, it should have done the refactoring for us. And now we can go ahead and run our application one more time, make sure everything works as expected. I'll fix this typo here that I just noticed. It's hold your horses, not hold you horse. And Start. And our app still works as expected. Now I wanted to give a straight forward explanation, and that's what I just did.

And one of them you'll notice, they pointed out is using the StreamReader, which is what we did. And as a matter of fact, right below, at the beginning of the first paragraph here, they indicate that it's particularly valuable for applications that access the UI. And that's exactly what our application had an issue with. Our UI was not responsive when we're not using asynchronous programing. But for now, I'd like you to just bookmark this. And circle back when you're done with this course, because it's going to make much more sense, and I don't want you to get buried down into the details before we go through our examples that's going to make this a lot easier to consume.

But now that we've had the opportunity to go through a good review, a nice recap of the concept of Async and Await, let's move on to see it in action in ASP.NET and Entity Framework.

Video: Overview of async and await