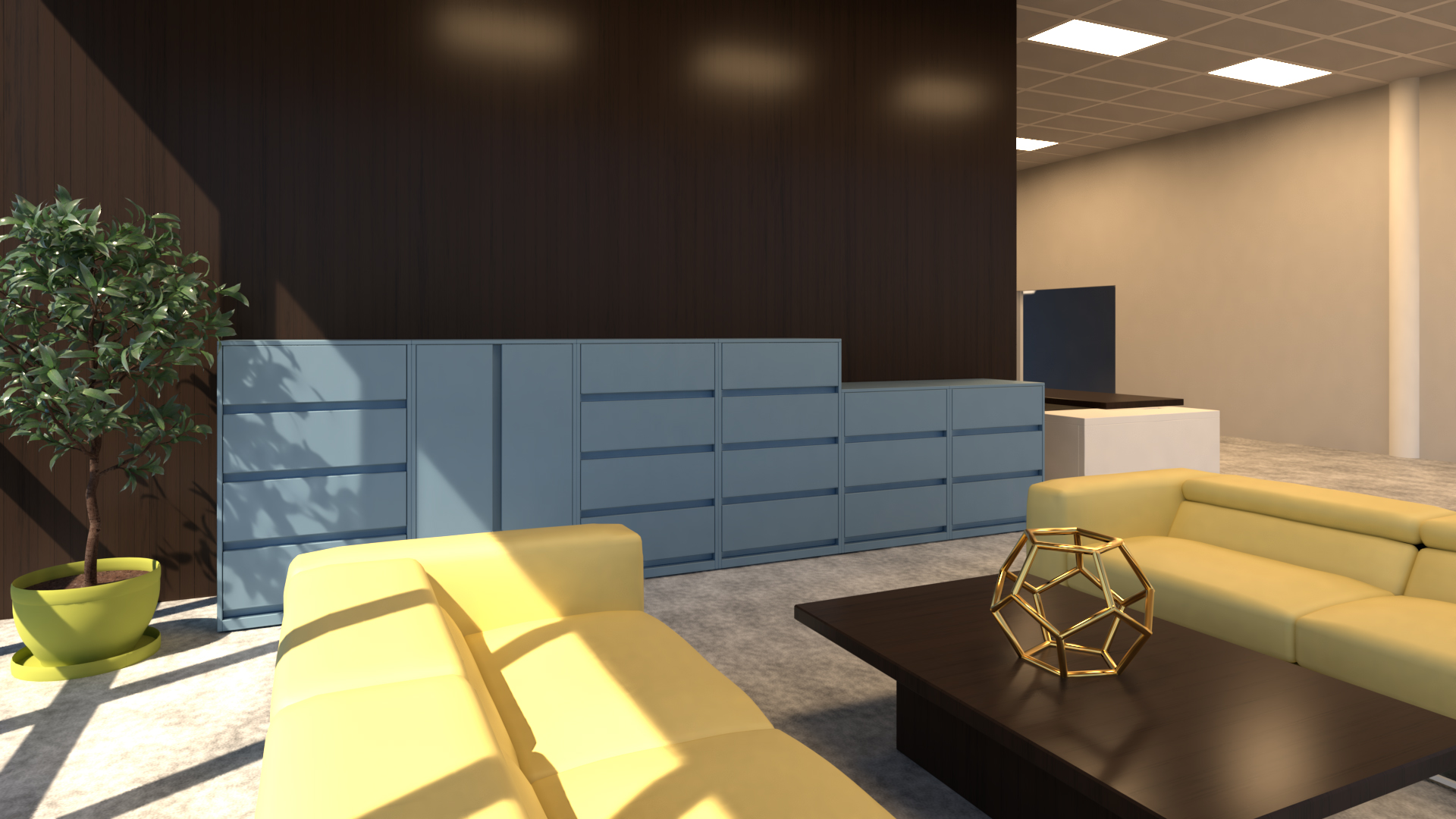 In this video, edit a polygon structure with the Cut tool.

- [Instructor] The ribbon is an interface panel that has numerous tabs on it to perform functions such as modeling with an editable poly object. I've got the ribbon hidden currently so let's display it, there's a button on the main tool bar to show or hide the ribbon. And if nothing is selected most of these tabs on the ribbon will be empty. If we go to free form or selection it's just blank. If we go to object paint we finally see something.

We're interested in the modeling tab and that has numerous tools applicable to the editable poly object, or the edit poly modifier. The edit poly modifier has pretty much all the same tools as the editable poly object. But the modifier is destructive, in other words it can perform topology changes that cannot be reversed and that's kind of a paradox to have a destructive tool in the middle of non destructive work flow like a modifier stack.

So in general we don't use the edit poly modifier very much we almost always convert to editable poly before accessing the tools. Now there's a bit of a strange behavior with the ribbon and that is, if I select an object like this wall, wall north. I want to make some edits to it, and I go to the modeling ribbon and I see that everything is blank. So my first instinct is to go into a sub object or component mode here such as face.

Now watch closely what happens when I click this and over here in the command panel something's going to change. So enter sub object mode. Now suddenly I have an edit poly modifier on top of my modifier stack. And this is almost always an undesirable result, you don't want to do this unless you're really intending to. So I'm going to undo this. Just click undo. And I'm going to convert the object to editable poly with the object selected, right click anywhere.

In the view ports and choose convert to editable poly. And as we saw earlier in the course that's going to delete all modifiers and convert the object to an editable poly. And I made it backup of this previously by the way so that if I need to I can get back to my line and extrude modifier. Okay so now, we don't have any weird edit poly modifier. And we have additionally even though we're not in a sub object mode, we're at the object level.

We have a whole bunch of tools available. If we do go into a sub object level such as polygon or vertex then we will see all the tools appropriate to that sub object type. I'm just going to do some cutting and quick slicing here so I don't need to be in any particular sub object mode so I can exit out of polygon mode and then get in close in the front view port here. What I want to do is use quick slice to cut some new edges on the wall here.

So that I will then be able to delete polygons and create a whole here where those doors are. And I can access the tools either from the ribbon or from the modify panel and if the modify panel gets in your way or if you don't want to see it you can just hide it. We can right click on the texture bar and hide the command panel and now just work with the ribbon exclusively if we want. So I'm going to cut using quick slice and again I don't need to be in a sub object mode but I do want to be snapping to gride points so I'll enable 3D snaps.

And then click again to create the second point and now we have a new edge loop running through that model. You can see that if we get in close here on the perspective view. Cool, so that edge loops done, we want another one here on the other side of the door so just use the middle mouse to navigate get over there to the other side of this double door. Click to create a point, click to create another point and now we have another edge loop. We need one more edge loop running horizontally so click and click again, and now we've got the topology that we want in order to delete that polygon there to punch a hole.

I'm done with quick slice so I can either right click, in the view port to exit out of the quick slice tool or I can just go to a different tool such as move or select object. Alright so, there are many many tools on the ribbon here, and it's your choice whether you want to use the ribbon or the modify panel. I'm going to restore that modify panel cause I might need to get at some of the other elements on the command panel. Once again I can right click on any textured bar in the interface and re-enable display of the command panel.

That's a quick introduction to the ribbon specifically the modeling tools for editable poly.

3/27/2019
3ds Max is best known for its modeling and rendering tools. These strengths come into play in architecture, manufacturing, game development, industrial design, and motion graphics. There are dozens of features and techniques to master, from sculpting and texturing to lighting and rendering. This course covers 3ds Max from the ground up, providing an overview of the entire package, as well as essential skills that 3D artists need to create professional models and animations. Learn how to get around the 3ds Max interface and customize it to suit your preferences. Discover how to model different objects using splines, polygons, subdivision surfaces, and freeform modeling. Instructor Aaron F. Ross also shows how to construct hierarchies, add cameras and lights, animate with keyframes, and more.
Topics include: