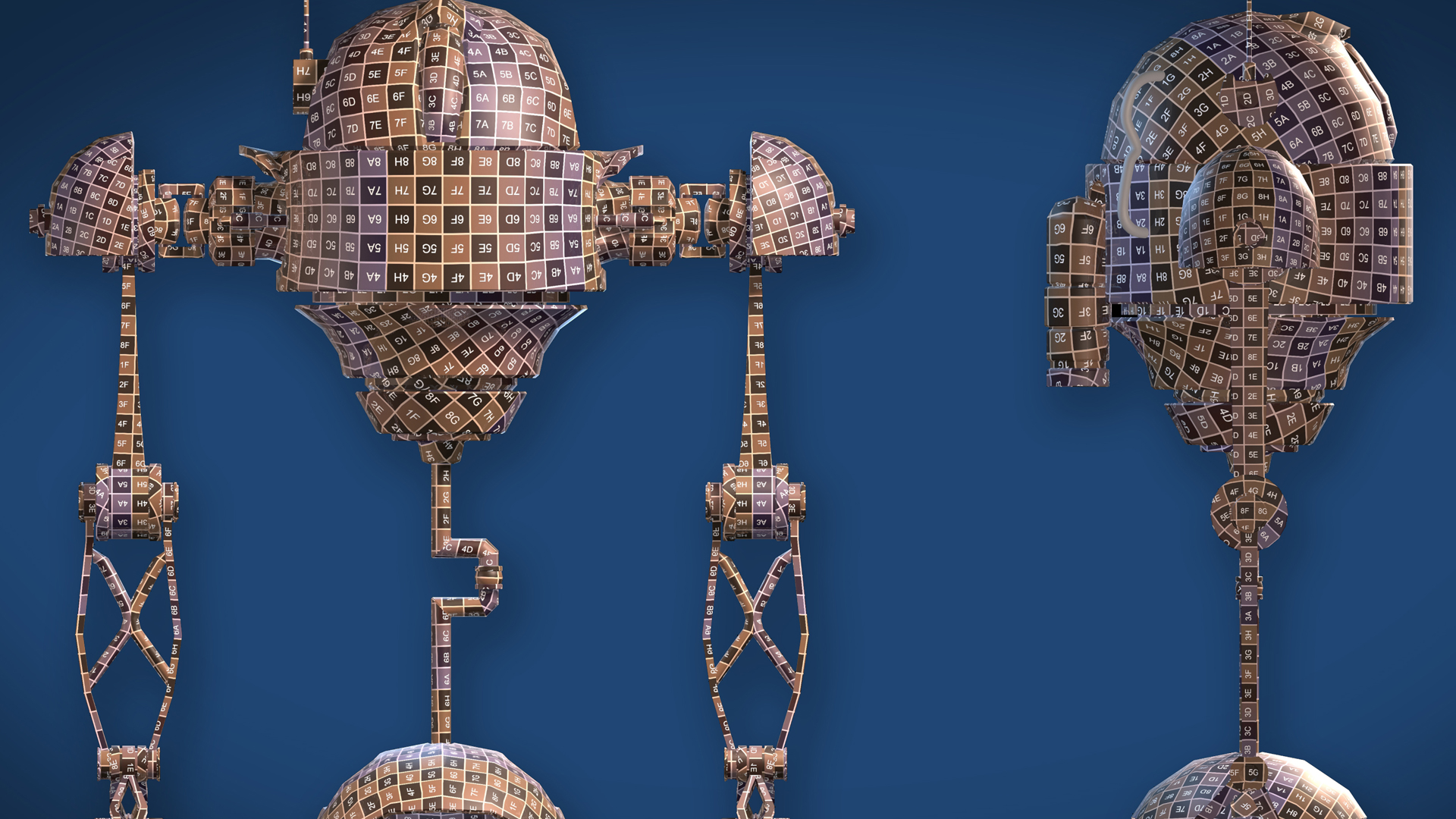 - [Instructor] Having looked at how we apply…a UVW map modifier to our geometry,…and seen some of the mapping types in action,…let's take a look in this video…at some of the extra controls that we can use…to affect how our mapping coordinates are working.…First of all, with our robot body selected,…we have the ability to resize our UVW gizmo…by means of the length, width, and height spinners.…Obviously, as we are currently projecting…in play now mode here,…only two of these parameters are available,…as the height or depth parameter,…as we may prefer to think of it,…has no corresponding axis on a 2D shape.…

If I switch over to box mapping, though,…you can see that we do indeed have the ability…to control that parameter as well.…We can also, on the UVW map modifier,…tile our texture interactively, if we like.…Now, as we do, it may appear as if…we are performing the same operation…as changing the length and width parameters.…But, whilst visually similar,…the two are, in fact, quite different.…When we change the length and width parameters…

11/17/2017
UVW mapping is a coordinate mapping technique that enables artists to project 2D textures onto the surfaces of 3D objects. It's a key skill for all areas of the 3D industry, including film, gaming, and visualization. This course helps designers map geometry in preparation for texturing, using the powerful UVW mapping feature set in 3ds Max 2018, including the UVW Map modifier, UVW Editor, and Blended Box Map.

Instructor Joel Bradley explains what UVWs are, how they affect textures, and why they are needed. He also reviews the different mapping spaces that are available and how procedural maps are used in texturing. Then he progresses to the hands-on portion of the course, starting with mapping simple shapes and models with the UVW modifier. He also reviews advanced topics, such as unwrapping and editing UVs with the UVW Editor. Finally, he introduces blended box mapping, for when you need to get a model ready for texturing quickly.
Topics include: