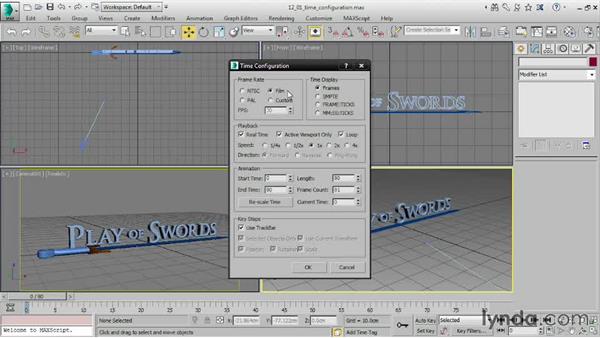 I'm actually gonna leave it at NTSC, 30 frames per second. Over here we can choose to display Frames. We can also display time in SMPTE time code format if we want. So that's gonna show us seconds and frames. I'm actually, once again, just gonna leave it at Frames. And then, finally, we can set the Length of our current timeline. This isn't permanent. We can always come back in here and change this. For now, I'm going to set my timeline to be five seconds long.

And if we're running at 30 frames per second, 30 times five is 150. So I'll set the End Time here to 150 frames. And if I press the Tab key, these all update. And this tells us that the Length is 150 frames. And the Frame Count is 151, because frame 0 is counted. All right, so there we go. Click OK. And now we've got 150 frames in our timeline, and we're running at the default 30 frames per second.