Rendering a panorama with VR camera 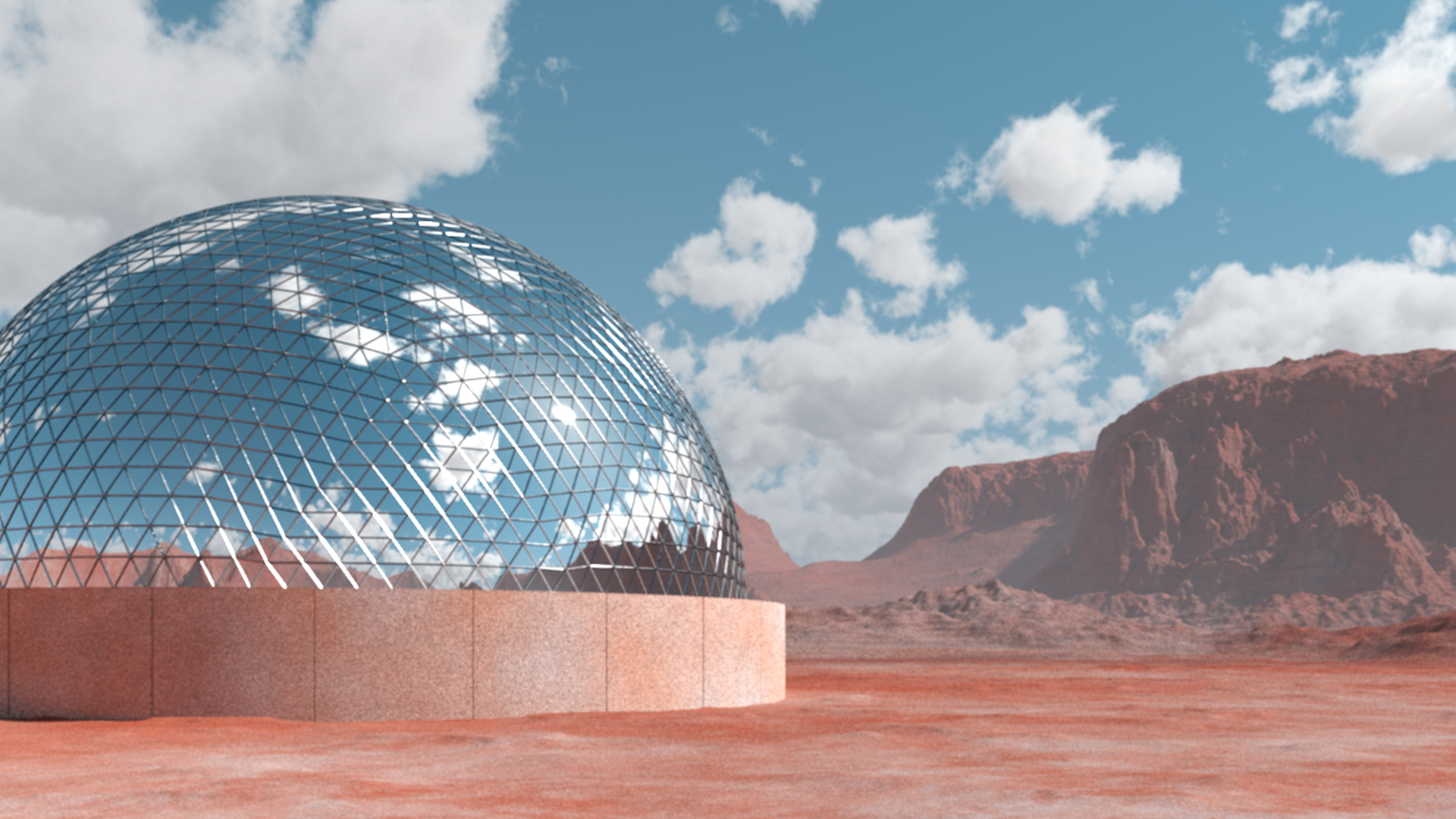 Learn how to generate a spherical environment map.

- [Narrator] The Arnold VR camera is capable of rendering 360 degree stereoscopic video. And it's not truly virtual reality, because you're delivering an animation sequence. So it's not truly interactive like VR is. But it's a very cool feature that allows you to render 360 stereo. We're not gonna go that deeply into it here, we're just going to render out a simple 360 panorama with just one lens, or a monoscopic view.

Let's create the Arnold VR camera. Go to the Create panel, Cameras, and from the pull-down list, choose Arnold. Click VR Camera, and in the top view, click to create the camera. In the top view you can see that I've already got another camera, just a standard physical camera, and it's lined up with a helper object. So let's line the VR camera up as well. With that VR camera still selected, go up to the main toolbar and click on Align, and then click on the green cross, which is the point helper object.

Camera helper, so click on that, and in the Align selection dialogue, enable X Position, Y Position, and Z Position, and leave everything else turned off. Click OK, and now it's been moved into the right position that I want. I can dolly forward here, and all we need to do is rotate it, so let's do that with the rotate tool, and choose Gimbal mode from the reference coordinates system pull-down list. Gimbal.

And down here we've got our transform typing area, set the X value to 90 degrees, and the Z value to 210 degrees. Now that camera is precisely lined up with this physical camera view here. Also notice that it's up off the floor, if you select the move tool, and just in the default view coordinate system it's two meters above the absolute zero of the origin. Now it's loaded into a viewport.

I'll choose this perspective view here. Click on the label, and choose Cameras, Arnold VR Camera, and with it still selected you can go to the Modify panel, and like I said we're only going to do a single eye view, we're not going to do an over under, which is a left and right eye view in a single rendering. From the Mode, choose Left Eye. The projection we want to be LatLong, which is a spherical environment. And the Eye Separation here, just for safety, we're going to set that to zero.

The Eye Separation determines the interocular distance, or the distance between the two virtual cameras, and it would only apply to a stereoscopic rendering. Likewise, with the rest of these parameters down here, the Merge Mode is designed to prevent issues with rendering at the poles that are introduced if you have an Eye Separation value that's not zero. If you're rendering a stereo pair, then you'll need to have a non-zero Eye Separation, and to correct for artifacts at the poles, you can play around with these Merge Modes.

If you need to do that, I recommend you look that up in the Arnold documentation. And finally, we need to set the aspect ratio in order to correctly render the panorama. So go into the Render Setup, and in the Common Parameters, we just need an image aspect of two to one. I'll set the width to 10-24 here. And set the height to 5-12. Now we've got an image aspect of two, and we can go ahead and lock that aspect ratio.

And with that Arnold VR camera selected, we can go ahead and do a test rendering. Click on Render Production. The draft quality rendering looks pretty good, so we can bump up the quality of this for a final production render. I've got a level of detail on my terrain objects. I'll close the render view for a moment, and I've got two terrain objects. I've got the ground close, which is near the camera. We can click on that, go over to the Modify panel, and at the bottom of the stack is the Plane primitive, and we can increase the density of that render primitive at render time.

Let's set the density to a value of nine. And the number of total faces is shown at the bottom, and I've currently got 40 million, 500 thousand faces. And that's about the limit of what you can really do in 3ds Max, anything above 50 million faces is going to bog down the system. I'll do the same for the terrain object, and that's the landscape in the far distance, that's this object here. Terrain far, and its Plane primitive, increase the density up to a high value of nine.

Once again, for 40.5 million faces. And for delivery, you would need to increase the width and height of the rendering too, and a pretty standard value if you wanted to load this into a panorama viewer, or even upload it to Facebook or something, would be an 8K by 4K image. Set the width here to 8192. Press enter. Because the image aspect is locked, the height value gets plugged in automatically.

And having increased the fidelity of the geometry and the render resolution, we can go ahead and render our final production image. Here's the 8K by 4K spherical environment. I've loaded it into a viewing application known as FST Viewer. And we can pan around and take a look at the rest of the scene. That's how to render a spherical environment in Arnold, and it concludes the chapter on rendering.

6/5/2017
Arnold is a high-quality rendering engine in 3ds Max 2018. Realistic rendering is easier than ever with this brute force Monte Carlo ray tracer. The physically-based rendering of Arnold accurately simulates light in the real world, but allows the breaking of physical laws to achieve artistic styles. This course is an overview of the core features of Arnold for lighting, materials, and rendering in 3ds Max.
Topics include: