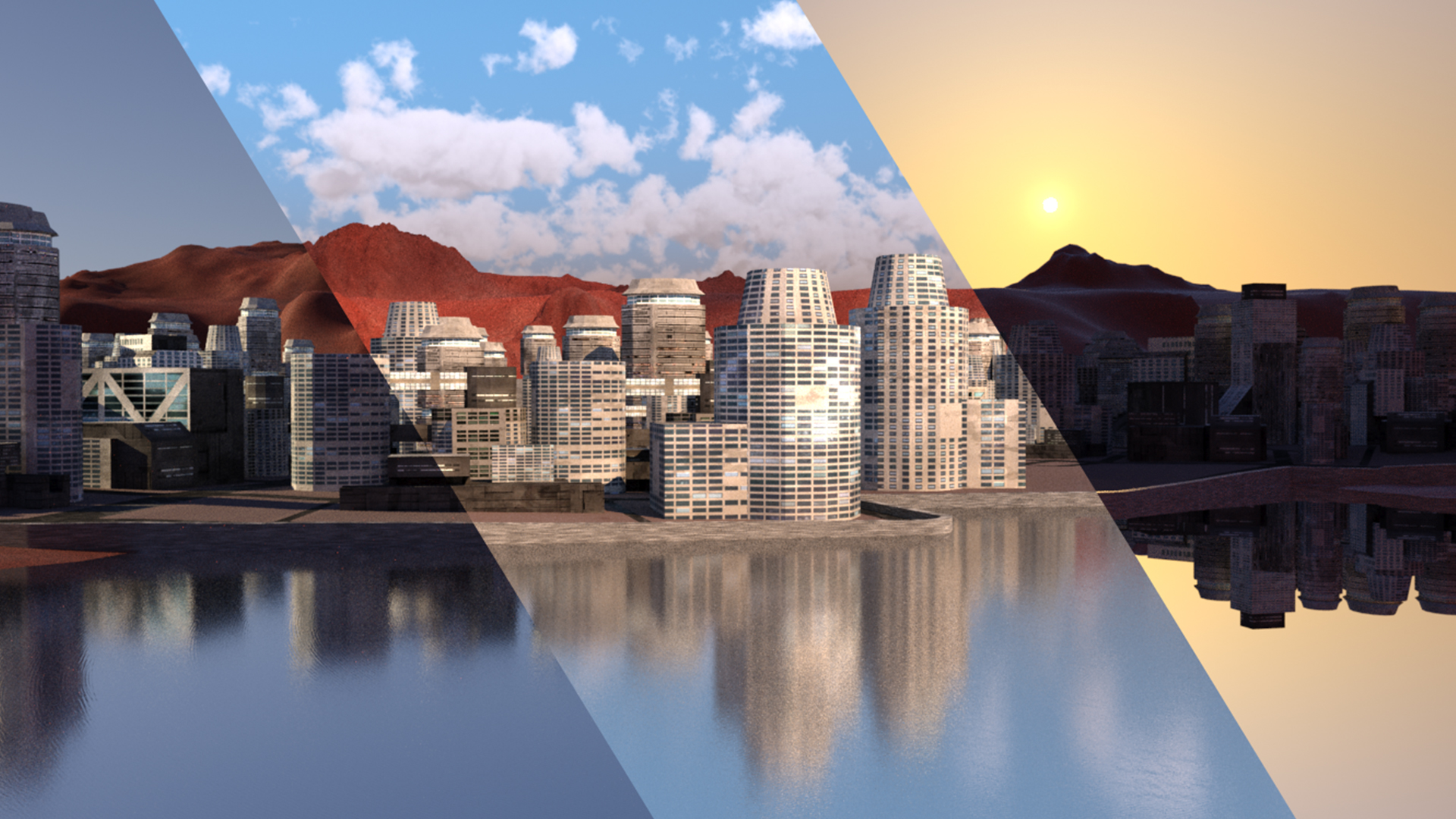 - [Instructor] Let's begin with some core concepts in advanced lighting. Starting with photometrics, in 3ds Max advanced lighting is almost always dealt with in a physically accurate manner. Photometric lighting simulates light intensity in the real world. It can be measured in various ways. Usually for standard lighting instruments it'll be measured in lumens. 3ds Max standard lights are an entirely different animal. They are from a previous generation CG rendering algorithm.

Standard lights do not operate in any kind of real world units and the intensity is merely arbitrary. In the real world, light intensity must diminish over distance. A light has to fade out eventually. And photometric lights behave like point lights in the real world. They radiate in all directions equally and that is according to something called the inverse square law. The intensity is proportional to one divided by the square of the distance.

We've got a light source over there on the left and it's a standard light that has no decay. Each one of the spheres is illuminated the same amount. There are no shadows in this illustration and that's intentional. I turned them off so that I could place all of the spheres in a perfect line, making it very clear that they are all evenly spaced. And now here's an illustration in which we have quadratic decay with no gamma correction. And that means the intensity on the first sphere is one.

The intensity on the second sphere is only one quarter. And the intensity on the third is 1/9. And we really can't see much after that. The light has faded out so quickly because of that quadratic decay. In a photometric lighting scheme, the realism of your shot really depends upon accurate measurement in the scene. And your 3ds Max scenes really should be built at a one to one scale, or a unity scale. If you have to build a miniature scene then that means you need to adjust your light intensities accordingly.

A miniature scene will require much lower light conditions. We can calculate the needed intensity for our lights in a miniature scene using the inverse square law. And here is a table once again of some common scene scales that you might encounter. If you have a scene built at half-scale, then your lights will need to be reduced to one quarter of their previous value. At a 1/10 scale model, you'll need to set your light intensities at 1/100.

And at a 1/100 scale model, you'll need to set light intensities to 1/10,000 of the original value. These guidelines really need to be followed for realism because if you have built your scene at an arbitrary scale, then you have no way of knowing how far light is actually going to travel in that scene and you may get scenes that are too washed out because they're built too small or maybe too dark and contrasted because the scene is built too large.

12/18/2018
Realistic lighting is easier, faster, and better than ever in 3ds Max. Photometric lighting and a choice of rendering options gives you the power to create a convincing illusion. This course focuses on architectural visualization, but the techniques apply to other domains such as motion picture production. Instructor Aaron F. Ross provides a conceptual overview of advanced lighting and rendering, then demonstrates how to construct various lighting scenarios in 3ds Max. You can see how to render scenes with exterior and interior daylight, practical artificial lighting, and manufacturer photometric data. The course includes a chapter on special effects such as light decay and atmospheres. By the end of the course, you'll have seen how to control the powerful lighting tools in 3ds Max to achieve photorealistic results.
Topics include: