Make an arm go in front of and behind a character 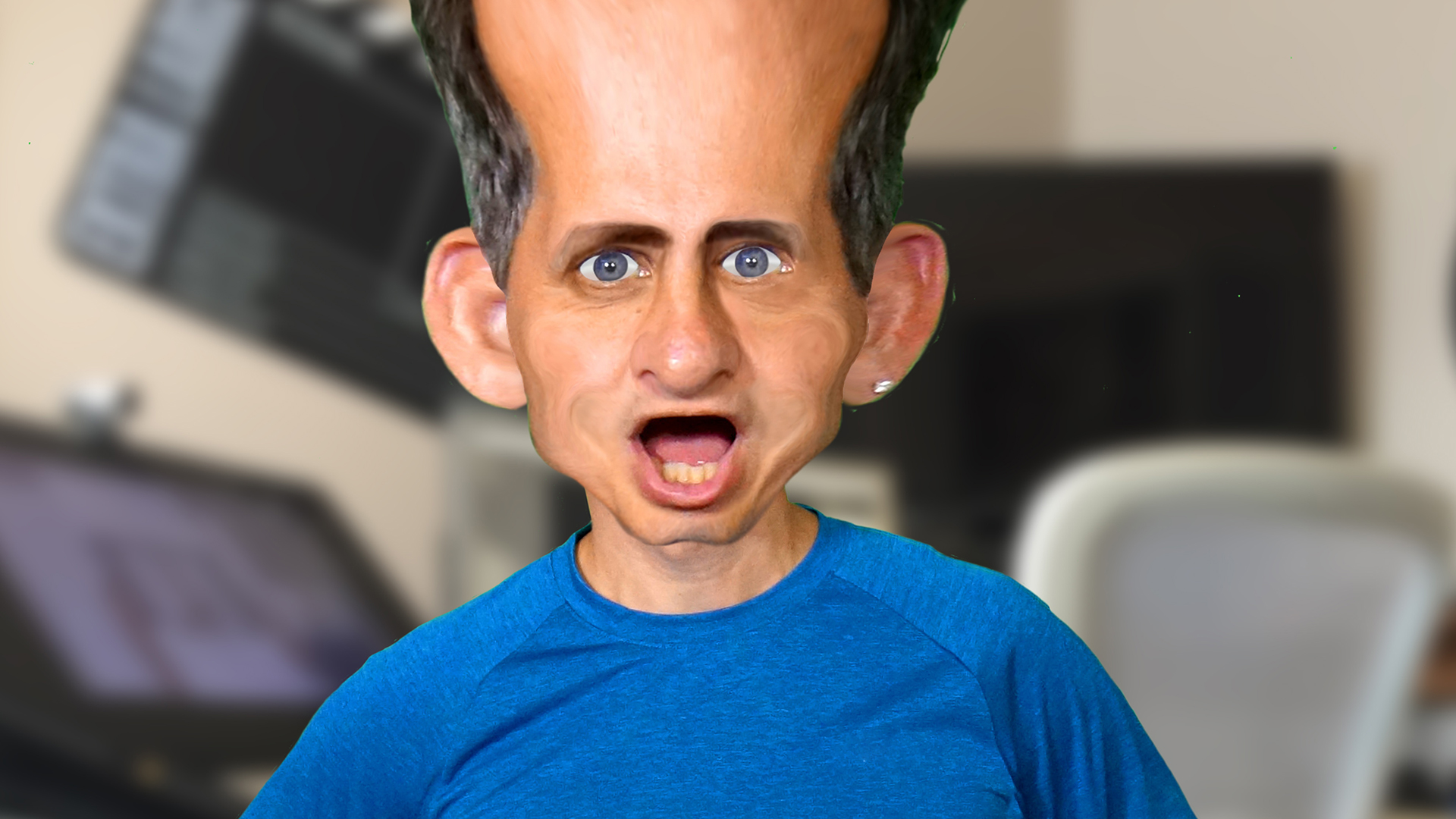 In this video, discover the trick to make it so your character can scratch the front and back of her head during a live recording.

- When your character is rigged in the standard way, with the head group in front of the body group, your character's arms will tend to reach behind the head. So how do you make an arm or leg go in front of the head? (snappy music) So this arm is rigged normally, with a dragger handle on the hand, and as long as I drag it around, it'll reach behind the head, and this is because in the rigging layout, it's on a lower layer than the head. So let's take a look.

Go to Rig, and you'll see the head layer here, the body layer below, and within the body, all the different arms, and that's his right arm, and it's in particularly the Reach right arm, which obviously is below the head. So I have another arm that I created. I called it TouchFace, so it can touch the top of the face. I'll turn it on down here. You see, here it is. I also have a dragger already on it.

I've got the dragger tool down here. Just click on this grouping. I'm going to turn that off. So now we need to rig this so that we can touch the face. There's a couple things we need to keep in mind. I already have it rigged with the bones. You see the sticks in here, and the dragger on the hand. And here is the attachment point on this upper arm. You can see that the TouchFace arm is above the head, so we know it'll be in place of it.

You could just turn it on, grab the layer, and there it is. It's in front of the face. Fantastic. I hit Control-Z to put it back. So I want to use T, I don't believe I have T, no, I don't, as one of my triggers. So I'm going to come over here and under the trigger click the plus next to TouchFace. I want to create a trigger. It shows up over here, under Triggers on the left. I'm going to click in this box.

I'm going to click T, for touch. I actually want it to stay. I don't want to have to hold it. So I'm going to click on Latch. So I click it once and the hand will stay. Let's take a look real quick. So now when I touch T, there the hand comes up, but look, the other arm is still there. You know, I reach around and look at that. It's in front of my face. That's fantastic. But we still have the other arm that's there. Let's go back to Rig. That's 'cause all we did was add an arm.

We didn't subtract an arm. Now, I can't do a swap set, 'cause a swap set automatically makes all the other layers invisible when a new layer becomes visible. These layers aren't in the same group, so that won't work. So what I did is I created what I called NoArm, and I put it in the group with my other Reach arms. And it's just an invisible layer. There is nothing there. So what I'm going to do is, I'm going to add NoArm to the same trigger. So let's make sure we can see our trigger on the left, TouchFace. I'm just literally going to drag this on top of it.

And as long as that's highlighted, you can see underneath. What happens? TouchFace happens and NoArm, okay? So an invisible layer pops up. Now, that doesn't mean that everything else is going to go invisible. So as long as that's selected, I need to come over here under what's obsolete keyboard triggers, you don't do keys, but it does offer Hide Others in Group. I'm going to select that. Let's go back to Record. Okay, here's our default pose. I'm going to click the T key, or trigger, for touch.

Oh, look, the only arm that's there, and it works. I'll hit T again and have it go away, and I'll hit R for reach, and that's behind the head. So the same arm, that quickly, now goes both in front and behind the head. So just remember, just like in Photoshop, top layers show up on top. Lower layers show up below. And make sure that you have an invisible layer set to the same trigger that hides the other lower layers, and you should be good to go.

Video: Make an arm go in front of and behind a character