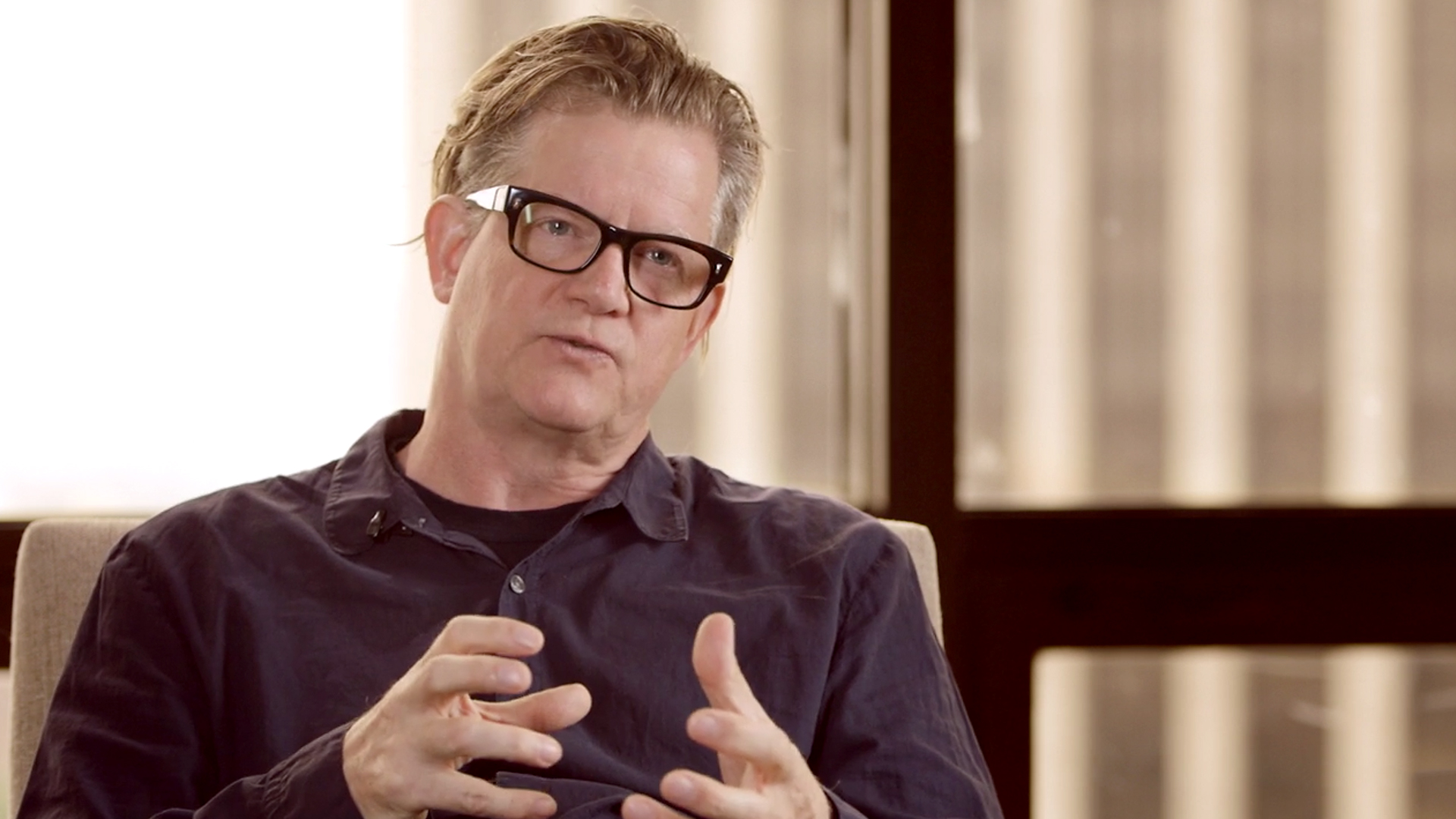 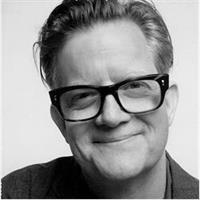 10/9/2015
Minority Report changed production designer Alex McDowell's career. The film didn't begin with a script. Instead, director Steven Spielberg wanted a world that would jump-start the narrative. So with the help of a transmedia "think tank," Alex created a detailed digital environment complete with its own society, politics, technology, terrain, and infrastructure. Alex spent the next decade world building, working on films such as Charlie and the Chocolate Factory and Watchmen. Now he runs 5D GlobalStudio and the World Building Media Lab at the University of Southern California, where students learn how to solve storytelling problems through design.

In this interview, Alex tells us about his current projects (including models for sustainable living and a virtual exploration of the world's oceans), the future of media and narrative, and where he looks for inspiration.

And then I run a studio called 5D Global Studio, which is kind of a design studio for the 21st century, looking at all of media as our landscape and using storytelling as its base. I think for me, world building started with a film called Minority Report. It was a disruptive space to begin with, because there was no script. And the fact of having no script, and having to develop a contextual framework for the story, to develop a contextual framework within which the linear story would ultimately find a place, meant that we really had to build out the world.

So, in simple terms with Minority Report, we realized that with very few initial triggers, very few prompts from Steven Spielberg originally, so we knew we were in 2050, we knew it was Washington D.C., we knew it was apparently a benign future, and we knew we'd had a major disruption at the center, called the Precogs. From those relatively few prompts, we built out a really rich world to the point where, not only did the story find its place, and specific sequences of narrative existed that could not possibly have existed if it had been scripted in the beginning, but also we realized that there were layers and layers more storytelling in that space that the film didn't necessarily tap into, but that we knew that we could've gone back in and told 100 more stories in that space.

So it was clear that there was something in this idea of building a world, building a large kind of horizontal context between all of the components of a world: the politics, the society, the terrain, the landscape, the weather, the transportation systems, infrastructure, education, all of these different parts became influential on each other, and the system of logic developed across the world, and then we would take that.

So I think I very much talk about world building now as this very large, horizontal if you like, slice through a world that gives context to the world, and then every specific problem you have within a certain kind of world allows you to dive in vertically, go deep into that problem, challenge the way in which you investigate the fine detail of the world, makes the entire world more robust. So it's a process and it's a system.

It's highly volatile, it's very adaptive, but it gives very accurate context for stories, and I think that's the other big part of what's changing about what we're doing, is that narratives are multiple. Very few of the areas that we're working in have a single linear narrative anymore. Film has, but in interactive media, or in virtual reality, mixed reality spaces, every single direction you look is kind of a different story, so we have to think very differently about the ways in which we seed stories, and the ways in which those stories emerge from the fertile clay of the world you build, and so this notion of world building as a foundational design practice is becoming, I think, almost essential for the future of storytelling.

Yeah, we're doing a lot of interesting stuff at the moment. In the 5D Global space, in the commercial space, we're working on a big project with the oceans with Sylvia Earle, looking at really how to get people below the surface of the ocean, and how to be able to start telling really rich stories about the way in which the ocean is being impacted, and what the impact of the ocean is on the world. So that project kind of has a similar interest to me as this project we're doing in Saudi Arabia, called Al-Baydha, which looks at a Bedouin village that is under construction now, just the very, very beginning, but will house 3,000 Bedouin tribe.

And what we're doing is building out a world that will allow the tribes themselves to, the sort of people with the sweat equity in the project, to understand how it will look in 10 years time. So we're doing a virtual world project that shows the village as it starts to evolve. So the model shows sustainable architecture, the ways in which the water from daily prayers, for example, can be used to cool down the building itself, and sustainable agriculture, permaculture.

So it rains once every five years in this region, the desert, 40 kilometers south of Mecca, and they have already built an acre of land that's growing and producing with just one rain every five years. So it's the two projects, I think, that are interesting, because they're wildly different from my entertainment media space. Since Minority Report, I think I've become really interested in this intersection of art and science, that we have to become so much more integrated in the way we work now.

Again, as I say, it goes into one foot firmly in art and one foot firmly in science, with a great sort of respect and ability to integrate across that, which is, I don't believe it's a border at all anymore, but I think we still are working in these highly polarized spaces, where there are huge silos, not only between art and science, but between every sort of different media space. I'm really excited at the possibilities of slicing through all of that, using design as a language to find our way into the interior of the inner workings of the space of technology and art.

I think for me, you know, brought up in a very linear narrative space, first of all as a painter with a one-on-one relationship to the story, through to music videos, and then film, I've had a relationship that has been very much about linear storytelling. As soon as the door opened for me into interactive media, and I started talking to practitioners in that space, and I realized the power of the tools and the thinking that allowed, not only the audience, but also the creators to have an interactive relationship with the space that they were building and creating.

It had a radical impact on me, even in the way that we would think about developing linear narratives. So for me, the beginning as a designer, the entire front end of working towards a film is an entirely interactive gamified process, really. We're using all the tools of game. We're using game engines to drive visualization tools. We're putting multiple participants, creative participants, into that space simultaneously, in order to allow it to evolve.

So yeah, I think that we're now in this space where the 100 years of storytelling in cinema has incredibly powerful tools that need to be drawn on to change the way game thinks about storytelling, but I think that the sensitivity of the game space, of the interactive media space, to the demands of the audience and to the nuance of the individual audience's relationship with the story space is equally important, and if you look now at, say, the mixed reality space, at virtual reality, sure, but much more interesting, the augmented reality, these two things are going to have to come together, this sort of idea of the power of the individual user as an interactor within a story space, and a new way to developing powerful stories that come out of the cinematic tradition.

Those two things have to start mapping onto each other.