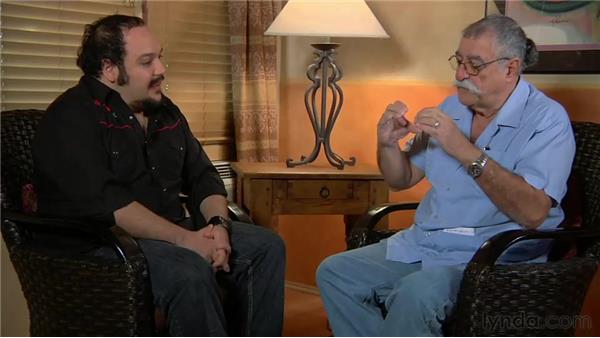 Jorge Gutierrez: What was it like leaving Mexico to come to New York to break into cartoons? Sergio Aragones: Well, it had arrived, the point that I was doing the leading magazine in Mexico. I had a page on the back, Manana Magazine. I was doing cartoons for a gag magazine. This was a political magazine. So I had sort of like covered all my market. I did record covers. I did everything that a cartoon could be done. So I wanted to expand my horizons. I wanted to meet the other cartoonists, to find out what they were doing.

Sergio: I wanted to meet the people at MAD. Jorge: Yeah. Sergio: I knew I was never going to work for MAD, because I knew I had no chance, but I had to meet the guys. And also because every place I went said, "These are too crazy. You should go to MAD."' (Jorge laughing) So it was very, very 'they don't know as much as I know.' You know how we are. I know where I should be publishing. And no matter how much I love it, I know that I don't have a chance. So when I went to New York I started singing in a coffee house and reciting Sergio: poetry and doing things to make a living, Jorge: Wow! Sergio: because I arrived here to this country without any money, $20, and that went pretty fast.

But I was surviving pretty good. Jorge: So how did you convince the MAD guys? Sergio: Well, I didn't. Sergio: I went to every magazine and the sales were all right, but I couldn't make a living out of it. And I had met a lot of the cartoonists. I had talked to them. Every Wednesday, is I think, called the rounds, then, for magazine cartoonists. You will go with your batch of cartoons and you go to a magazine, leave a package, and take the other one, and then you will read if they have bought something. Then if they have then you have to finish it and bring it over, but then you leave a new batch. And then you'll go to the next magazine, leave the batch that you've left here, pick up the old one, and do a little bit of juggling of what gags they saw.

You do the whole thing. Every cartoonist did the same thing. And then they would meet at a bar, a coffee house. We just ate and talked. So I met every cartoonist, and it was great. That was one of the reasons I was there, is to meet all the people, but my intention was, I am going back to Mexico and from there I will submit cartoons, because now I know the editors, I know the process, and I can go back, as I promised my parents. But my basic idea was to go back to Mexico.

So I went to MAD to meet the guys, really. I had my portfolio. I had just made some of the rounds. I asked for Antonio Prohias, who was the guy who did Spy. Jorge: And he is Cuban, right? Sergio: He is Cuban, and I figured, well, he speaks Spanish. (Jorge laughing) So I asked for him, and luckily he was there, because he lived in Florida. So he comes in. And Cubans are so--wonderful people and so warm.

So he called me, "My brother, hey, my brother, my brother!" like we were lost friends of a lifetime. "Hey!" We were talking about how he arrived and how they liked his cartoons, because Sergio: they were without words too. Jorge: Yeah! Sergio: So I was very excited about it. I asked him all this in Spanish of course, "Hey, introduce me to some of the guys because I want to meet them." He says, "Well, you have to introduce yourself; I don't speak any English." (Jorge laughing) So I was said, "Oh no!" So one of the editors, Jerry DeFuccio, came out and we started talking, and he kept calling me Mr. Prohias, because he had introduced me as his brother from Mexico.

So it was very nice. And he saw that portfolio and he took it in. I was, "They were looking at my work," and Antonio was talking to me and I wasn't listening to him. I was just listening just what the people are, and I could hear laughs. And then one of the editors came out, Nick Meglin came out, and he said, "Do you sell your work?" I would give it away. But they bought two pages. They figured it out that putting all these single cartoons without words into pages that will make a complete article, call it A MAD Look At.

So a MAD Look At the astronauts. And it was a two-pager and they bought it, art and script. They used to pay for art and script. So, suddenly they made me a check for such amount of money that I've never seen together ever, and I was so excited. One of the guys says, "Well, why don't you come and bring another article. They're very good." I said, "What about?" (Jorge laughing) And he says, "Well, you have a couple of jokes here about motorcycle cops. Make more." I go to the place I was staying which was Hotel de Mala Muerte, the worst hotel in and out of the place.

And next morning I go to the office. Before they opened, I was standing there with the portfolio. He says, "Hey Sergio, what are you doing here?" "I have the article that you guys wanted." And it blew their minds, because usually it would take guys months, a month, to bring that. Jorge: Yes! And at that point I am sure you were--you've always been really fast, right? Sergio: Yeah. The subject matter, it lends to speed, because it's the silliness of the cartoons.

When it's fast, it gives a special movement. And again, I was 24. I could come with ideas like there was no tomorrow. Boom, boom, boom, boom, boom. And now it takes me a little longer. But I came out and showed the article, and they loved it and they bought it. "This is amazing. We have another article. We don't have to worry about another two pages. And that said, come in a few months." I said, "Oh no, I am staying here." So I started doing ideas for the covers with Alfred Neuman the next day of course.

I came with a whole batch, and they bought about ten ideas for their covers. Jorge: Wow! Sergio: They said, "Sergio, we've got enough." Jorge: Take it easy! Sergio: And within the issue--they told me "Come again," or, "Mi casa es su casa," or something like that, and I literally-- Jorge: Took it to heart. Sergio: So they will invite me to stay, so I stayed at the office. I made very good friends with everybody over there. And I spent hours just looking at the originals.

They were working and I was looking at drawers with originals and looking at the lines and how they paste up everything. So Bill Gaines, who was then the publisher, he got everything bound, all the books and the issues, and I spent hours looking at the material that never arrived to Mexico. And I was learning English as fast as you can imagine, because I had to. I wanted to, so badly.

One of the days I asked one of the editors, Jerry DeFuccio, and say, "What this means?" There were little words at the bottom of the page. He says, "Well, have you seen that movie?" I said, "No." "Well, then you won't understand it." And I go, "What this other lines mean here?" He says, "Did you read so-and-so book?" "No." "Then you won't understand it." So I figured out, well, why don't we put cartoons there that everybody can understand? Jorge: Ahh. That's where Marginals came through? Sergio: Yeah, that's where the Marginals came about.

So I drew them the same size, with one of the clock wheels, and then I drew them on top of the lines that they were written, with gags up and down, all over the place. And they show it to Feldstein, and he laughs and he says, "This is very funny, having all these 20 cartoons for very little money." But they loved the idea and he says, "We are going to run with it until you run out of ideas." Sergio: So I am still doing them to this day. Jorge: Yeah! Sergio: I never ran out of ideas.

But that's how the Marginals, the little cartoons on the borders that you mentioned, came about.